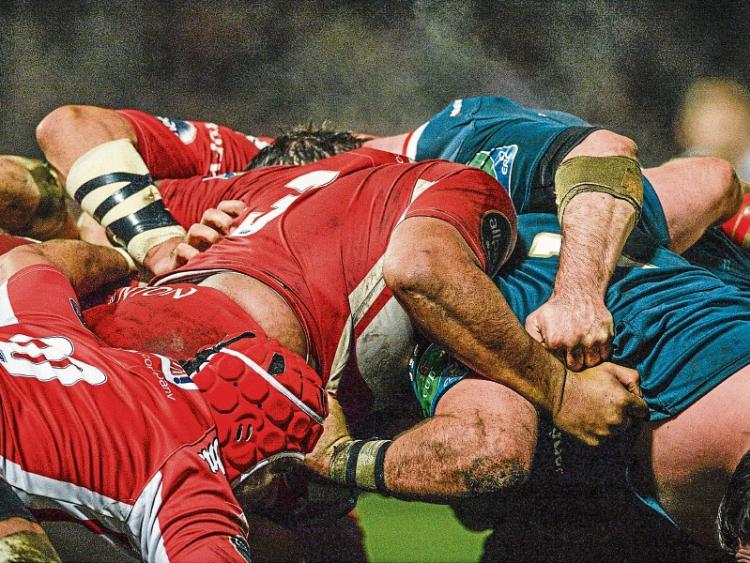 The games were postponed from the start of the month due to the Beast from the East snowstorm.

In Division 1A, Young Munster saw their five-game winning run ended when succumbing 19-21 in a dramatic finish with Dublin University at College Park.

The defeat is a big blow to six-placed Munsters’ top four hopes as the Greenfields side now sit four points off the play-off positions with just three rounds of fixtures to come.

Meanwhile, a late converted try saw UL-Bohs suffer a 24-17 defeat at home to second-placed Ballynahinch in their rescheduled Division 1B fixture.

Munsters led the students 12-3 at half-time at College Park. After falling behind to an early penalty goal, the Limerick side rallied with Ger Slattery getting over for a try which Alan Tynan converted.

Munsters’ pulled two scores in front before half-time when Tynan got over for a second try.

However, a try and penalty goal for Dublin University left a single point between the teams in the third quarter, 12-11.

Munsters’ regained the initiative when Tynan crossed for his second try of the game which he converted to help the visitors into a 19-11 lead.

The students weren’t done yet, however, and a late penalty goal brought them to within five points and losing bonus point range of the Limerick side, 14-19.

And the Dublin students claimed a dramatic victory when striking for a converted try in the final minute to seal a nail-biting 21-19 victory.

A fourth penalty goal for ‘Hinch shortly after the re-start had the visitors 12-7 to the good.

However, resilient UL-Bohs hit back with a second try at the end of the third quarter, this time from Dara O’Grady, with Bourke again adding the extras for 14-12.

The see-saw nature of the scoring continued, however, when the Ulster side got over for their first try of the game 10 minutes from time to lead 17-14.

Back came UL-Bohs once again and a Robbie Bourke penalty goal hauled the Red, Red Robins level towards the end of normal time.

UL-Bohs looked set to take two points from the game until Ballynahinch struck for a dramatic injury time try which was converted for a 24-17 success.