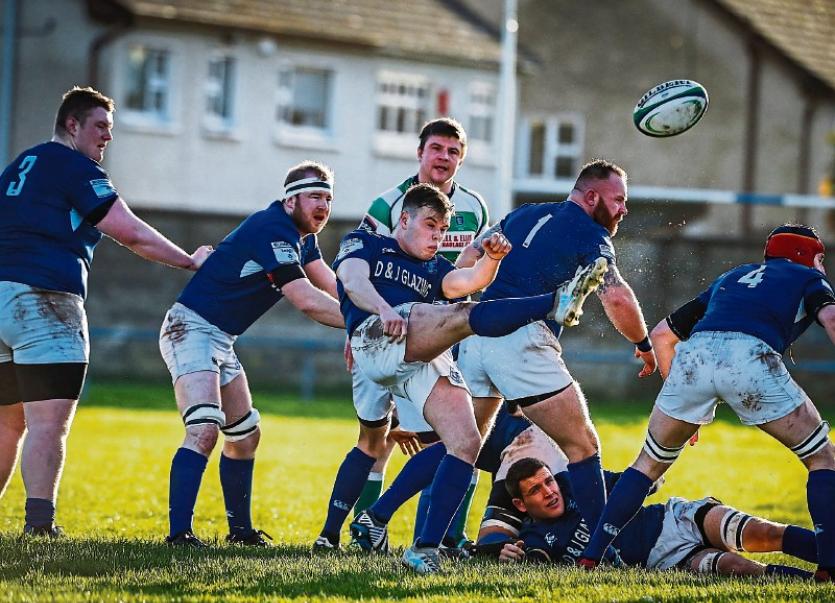 However, there was disappointment for Bruff in their bid to secure a promotion play-off spot in the same division as the South Limerick side fell to a disappointing 35-5 defeat to Tullamore at Kilballyowen Park.

Thomond had enjoyed an 8-0 lead through a Leonard Slattery try and Evan Cusack penalty.

However, Bangor hit back with a converted try to lead 10-8 in the third quarter.

It was then that Thomond showed their mettle with a Cusack penalty edging the home side into an 11-10 lead before the same played struck for a match clinching try to edge the Limerick side to victory.

Next up for Thomond is a trip to Seapoint on Saturday, March 24.

Bruff scored the first points of the game on 13 minutes from Maghnus Collins. However, it proved to be the home side’s only score of the game as Tullamore hit back with a converted try to lead 7-5 at the interval.

Four more tries for the Offaly side in the second half saw the visitors secure an impressive bonus point win.