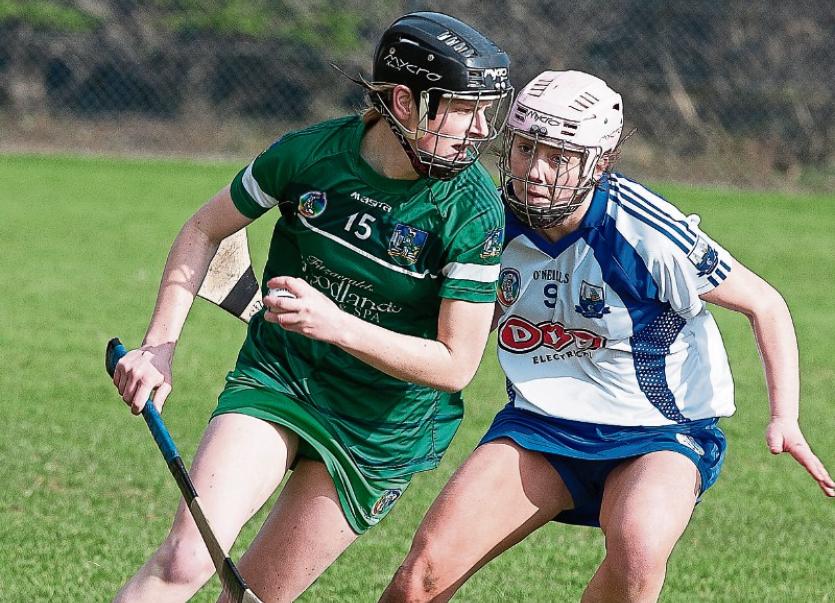 Niamh Mulcahy in action during Limerick's draw with Waterford

LIMERICK’S star Niamh Mulcahy has been nominated for the February Camogie Player of the Month award.

The Ahane player is one of three nominees for the Women’s GPA award.

Niamh Mulcahy and Limerick played three games in Division One of the Littlewoods Ireland League during the last month as they advanced to the semi final against Cork.

Mulcahy recorded a personal tally of 1-21 as Limerick played Clare, Kilkenny and Waterford. In the loss to Clare, Mulcahy scored 0-6 (4frees), she registered 0-9 (7frees) in the win over Kilkenny and then last Sunday scored 1-6 (0-4frees) in the draw with Waterford.