Munster blow as Chris Cloete facing up to four months out 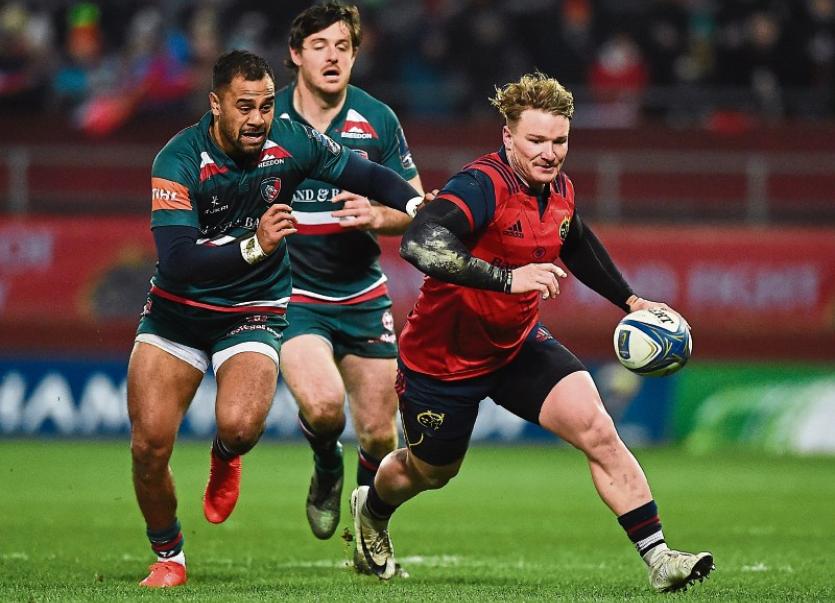 MUNSTER flanker Chris Cloete is facing up to four months on the sideline after suffering a forearm fracture in Friday night’s Guinness PRO14 win over Glasgow.

South African Cloete underwent ‘a successful surgery’ on his arm on Saturday and Munster expect the back-rower to be out for ‘three to four months.’

Cloete, who turned 27 earlier this month, has made 10 starts for Munster since making his debut for the province in November. Cloete is in the first season of a three-year contract with the province.

Munster have been boosted, however, by confirmation that flanker Tommy O’Donnell has returned to full training following an AC joint injury and is available for selection for Friday night’s trip to Murrayfield to take on Edinburgh in the Pro14.

Niall Scannell, who sustained a rib injury in last Friday night’s victory over Glasgow, is being assessed by the medical team.

Meanwhile, Andrew Conway who played no part in Friday night’s game at Musgrave Park, is continuing to receive treatment for a knee injury.

John Ryan and Rory Scannell have rejoined the Munster squad from international duty, while Sammy Arnold has joined the Ireland camp for the next two days although he will return to Limerick ahead of Friday night’s game.

Ronan O’Mahony is set to miss the clash with Edinburgh due to a shoulder knock sustained away to Cardiff Blues earlier this month.

Academy player Fineen Wycherley injured his ankle playing for the Munster A/Development side against Germany’s Wild Rugby Academy on Thursday night and is awaiting the results of a scan.