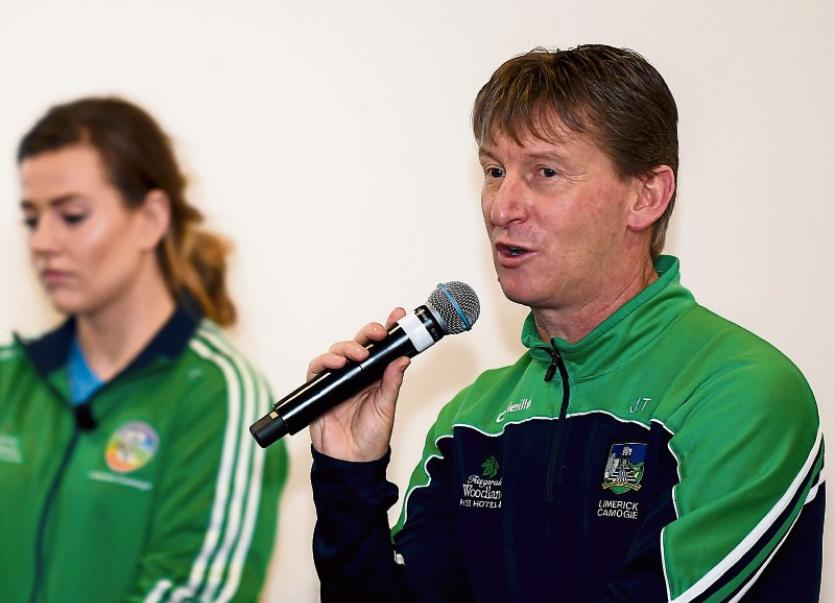 A third successive league semi final spot is the target for Limerick ahead of Sunday’s final round group game in the Littlewoods Ireland Camogie League.

Ballyagran hosts the fifth round game with Waterford – throw-in at 2.00 for what is effectively a quarter final tie.

Both sides have two wins, a draw and a defeat so-date and John Tuohy’s Limerick know that another win will book a league semi final – most likely against Cork or Galway.

“It’s a quarter final situation and we would love to make a semi final – Limerick have never won a league. We have won a Munster Championship but never a league title so that’s something to look at,” said Limerick manager John Tuohy this week.

“Waterford are in great form – they have been revitalised under a new manager and have put up some big scores like 2-14 and 1-14 last weekend against Dublin,” said Tuohy.

”It will take a similar performance to that in Kilkenny to beat Waterford,” stressed the Limerick manager.

Limerick have used 30 players in the four league games so far, which was an objective of Tuohy and his backroom team from the outset of the league.

“I think about 10 of the girls hadn’t played senior camogie with Limerick before. We are trying to give everyone game time and we have only two girls who have not yet played. We have shuffled our pack a good bit,” he outlined.

Last weekend’s win over Kilkenny put Limerick in position to reach the semi final. The 1-14 to 1-9 win over the league champions came in Dunmore.

Limerick had lost to Clare in the previous round.

“The girls weren’t happy with that Clare performance – it was a wake-up call and the girls wanted to put it right against Kilkenny and they put it right last Sunday in Kilkenny,” he said.

Limerick were on top for most of the game in Dunmore thanks to the enduring accuracy of Niamh Mulcahy, who finished with nine points, including seven from frees.

Team captain Sarah Carey led from the front with some sterling defensive work as well as two points.

It was 0-9 to 0-7 at half time to the visitors. The teams swapped points early in the second half before John Tuohy’s side found another gear and struck four points in succession to open up a six-point gap.

Kilkenny have developed significant intestinal fortitude under Ann Downey in recent years and they displayed that trait once more, with a point and then a goal in the 29th minute from an Anne Dalton free (she finished with 1-4, three points of which came from play) to reduce the margin to two.

Limerick refused to be denied on this occasion however, and the Munster champions removed all doubt thanks to Caoimhe Lyons’ goal.

The win over Kilkenny came without the injured Caoimhe Costello, who could return to face Waterford. In further positive injury news Mairead Ryan and Muireann Creamer are close to a return after injury lay-offs.