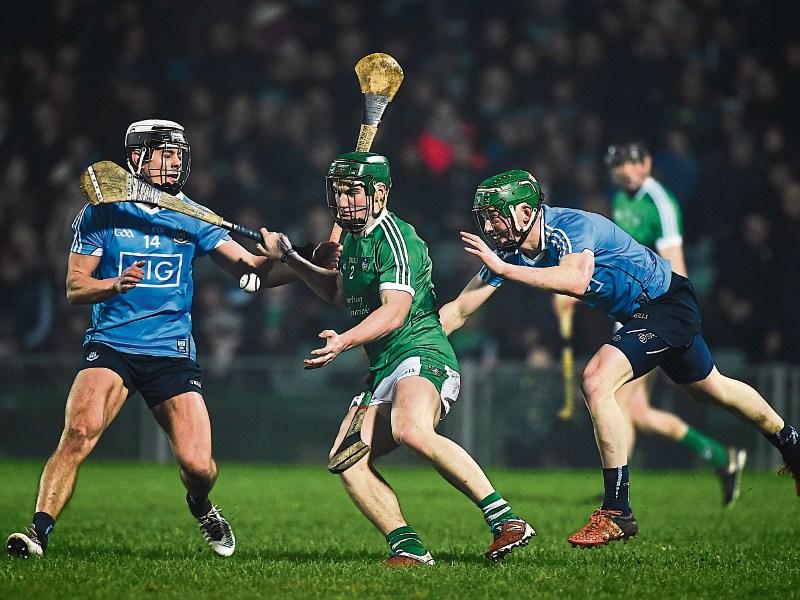 ANOTHER impressive Allianz Hurling League win for Limerick this Saturday evening with a 1-26 to 0-17 victory over Dublin.

This round three Division 1B game was played in the Gaelic Grounds and was live on eir Sport and like the wins over Laois and Offaly John Kiely’s men earned a double-digit win with a most impressive hard working display.

Watched by an attendance of just 2604, the win ensures a league quarter final spot for Limerick and more importantly, means the final round tie with Galway in Salthill will be a winner-takes-all promotion decider.

Next Sunday Limerick go to Antrim for round four before the clash with the All Ireland and league champions in Pearse Stadium.

WATCH:
Limerick 1-26 | 0-17 Dublin. All too easy for @LimerickCLG as they defeat Dublin by 12-points at the Gaelic Grounds. #AllianzLeagues #MatchNightLive pic.twitter.com/hI5ctYlDMx

Limerick were nine points to the good at half time – 1-13 to 0-7 – despite registering eight wides over the 35-minutes.

Tom Morrissey set the ball rolling for the home side with two early points and the 2017 All Ireland U-21 winning captain was also fouled for the third score – a converted Aaron Gillane free. That had Limerick 0-3 to 0-1 clear on six minutes.

David Reidy then matched Morrissey with two points from play for a 0-6 to 0-4 advantage by the 16th minute.

The lead could have been greater but Alan Nolan denied Seamus Flanagan a 12th minute goal.

When Gearoid Hegarty got on the scoresheet it was double scores, 0-8 to 0-4 before the 20th minute mark.

A Donal Burke free interrupted the run of Limerick scores but Diarmaid Byrnes had Limerick back on the mark before the first half goal arrived.

It was Flanagan that made the initial break for the penalty and when he passed to Barry Murphy, the Doon man was upended. Gillane made no mistake with a low drive to the net and the men in green were 1-9 to 0-5 clear with 23-minutes played.

Gillane added a point from play as well as frees before the half time whistle and Limerick were 1-13 to 0-7 ahead.

Dublin made three changes at half time but it mattered little as Limerick dominated all sectors in the final 35-minutes.

Seamus Flanagan led the way with the first two points and Hegarty and Byrnes followed to build a 1-19 to 0-9 lead after 12 minutes of play in the second half.

Another sub Barry O’Connell joined in on the scoring while David Reidy took over the frees after Aaron Gillane’s substitution late-on.