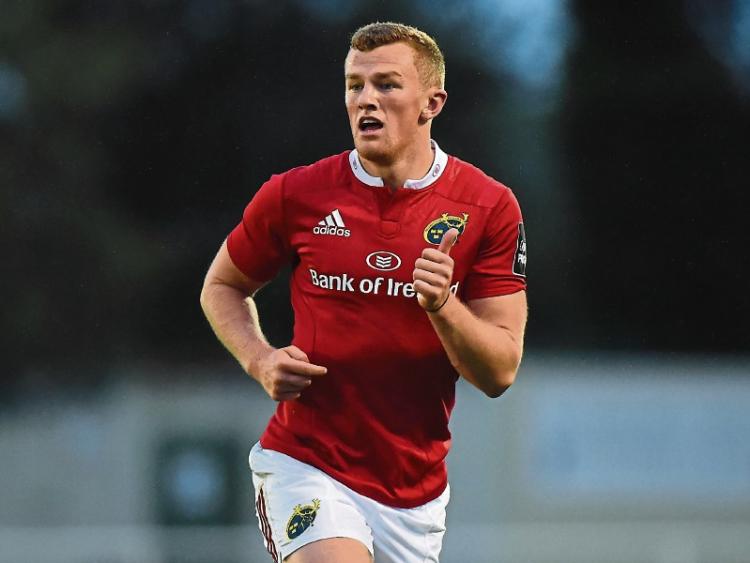 LIMERICK players Stephen Fitzgerald and Ronan O’Mahony make their first starts of the season for Munster in Saturday evening’s Guinness Pro14 clash with Cardiff Blues at the Arms Park, 5.30pm.

Back-row Jack O’Donoghue is set to captain the side for the first time in a game which will be live on Sky Sports).

Twenty four-year-old UL-Bohemian clubman O'Donoghue becomes the first Waterford player to captain Munster in the professional era having previously captained Munster A along with Waterpark, Munster and Ireland at underage level.

In all, there are 10 changes to the side that recorded a bonus-point win over Zebre at Thomond Park last Saturday night.

Ireland international Rory Scannell comes back into the side to partner Sammy Arnold in the centres with Ian Keatley partnering Duncan Williams at half-back.

Gerbrandt Grobler makes his first start in the PRO14 and partners Darren O’Shea in the second row as the Crosshaven man makes his ninth appearance of the campaign.

Captain O’Donoghue and no.8 Robin Copeland, Man of the Match last week, keep their places in the back row with Chris Cloete coming into the team at openside flanker.

In the replacements, Tyler Bleyendaal returns from a neck injury and could make his first appearance since the Champions Cup clash in Castres last October.

Hooker Mike Sherry is in line for his third appearance of the season with props James Cronin and Stephen Archer also among the replacements.

Flanker Dave O’Callaghan is set for his second appearance of the season after returning from a knee injury with Jean Kleyn providing the second row cover.

Scrum-half James Hart is set to make his first appearance since December with Simon Zebo completing the replacements.