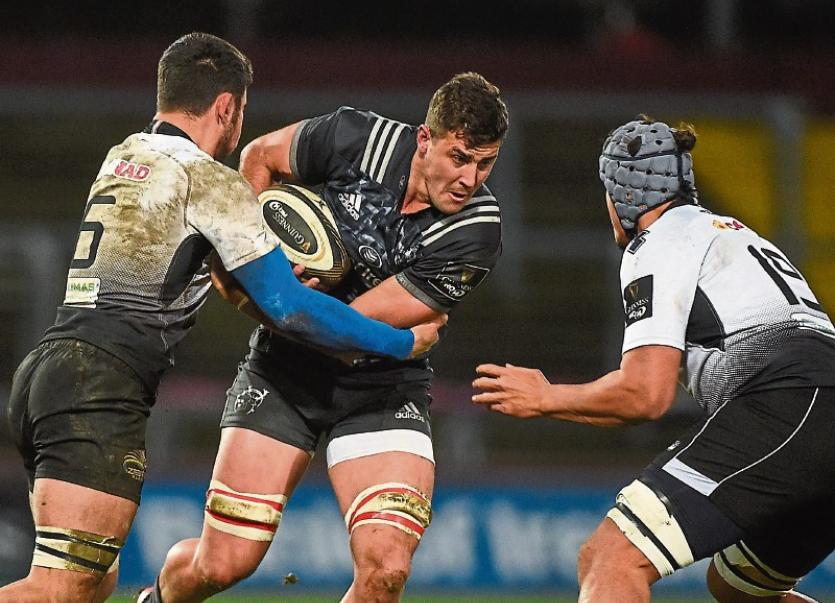 MUNSTER head coach Johann van Graan said it was ‘great to see the crowd give a good welcome’ to Gerbrandt Grobler who made his Guinness Pro14 debut off the bench in Saturday night’s bonus point win over Zebre.

Grobler served a two-year ban for a doping offence in South Africa before returning to play for Racing 92 in France in November 2016 and then moving to Munster last summer.

Asked if he believed Grobler’s competitive debut on Saturday would bring a degree of closure to the controversy, Van Graan said: “To be honest I don’t want to comment on that any more.

“I’ve said what I wanted to say a few weeks back and it was great to see the crowd give him a good welcome when he got on the field and as he got off the field.

“The whole team was very chuffed for him (Grobler) and John Poland to get their first caps and this was a 23 man effort and I’m very glad he came on the field and I thought both debutants did very well.”

Centre Sam Arnold marked his return to the Munster side by scoring two tries in the 33-5 bonus point win over Zebre at Thomond Park.

Van Graan said of Arnold’s return: “It was nice to have him back again after his suspension. He really did pretty well. It was nice to see him and Dan Goggin together.