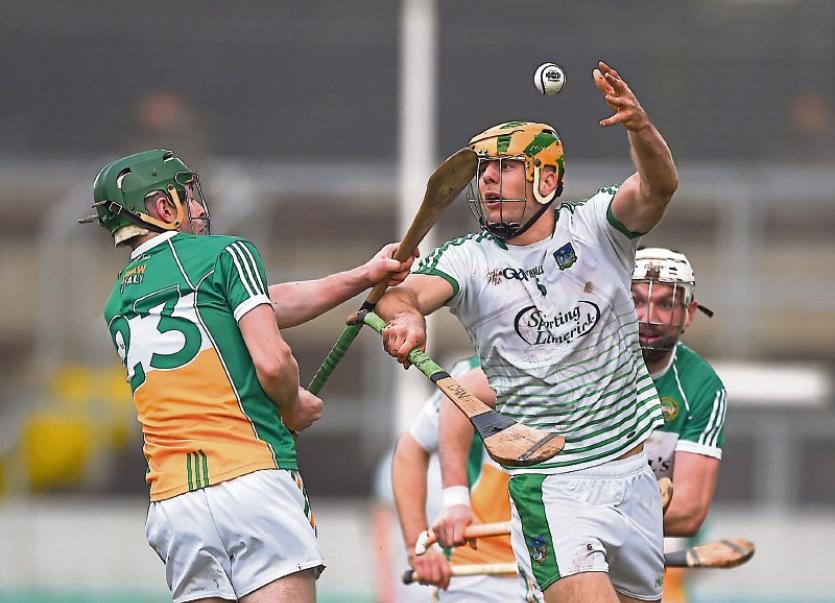 AN emphatic victory for the Limerick hurlers this Sunday afternoon with a 1-24 to 0-10 win over Offaly in Tullamore.

The big win in O’Connor Park maintains the Limerick promotion push after an unbeaten start to Division 1B after two rounds.

Next up for Limerick is the visit of Dublin to the Gaelic Grounds on Saturday evening February 17 – a game live on eir Sport.

This was a seventh successive league for these sides to meet and Limerick’s biggest win over The Fathful County in a decade.

Offaly came into this round two game with huge belief after beating Dublin in Croke Park last week but John Kiely’s Limerick produced a top display, based on a big work-rate.

Limerick lined out with the same starting line-up that beat Laois in round one in the Gaelic Grounds.

The sides were level on five occasions up to the 16th minute but Limerick then notched seven of the final nine scores of the half.

It was a half in which Offaly hit six wides and Limerick just three.

One of the Offaly wides was an 18th minute penalty from Damien Egan, at a point when Limerick were 0-5 to 0-4 ahead.

Aaron Gillane had three pointed frees and a 10th minute Cian Lynch point from play and it was 0-4 each with 15-minutes played in front of an attendance of 4640.

Seamus Flanagan had the lead out to two points for the first time in the 16th minute.

Although Offaly levelled at 0-5 each, Limerick then found a run of three successive points – Paul Browne, Gillane (free) and Darragh O’Donovan.

Shane Kinsella replied for the home side but Limerick were now on top and Gillane from a free and from play and Gearoid Hegarty points had the lead out to 0-11 to 0-6 with half time approaching.

Diarmaid Byrnes was to have the final say with a long range effort to ensure a five point half time lead.

The second half was one-way traffic – especially when Offaly were reduced to 14-man after 11-minutes of the second half when wing back Dermot Shortt was sent off for a second yellow card offence.

Offaly were to score just twice in the remaining 25-off minutes.