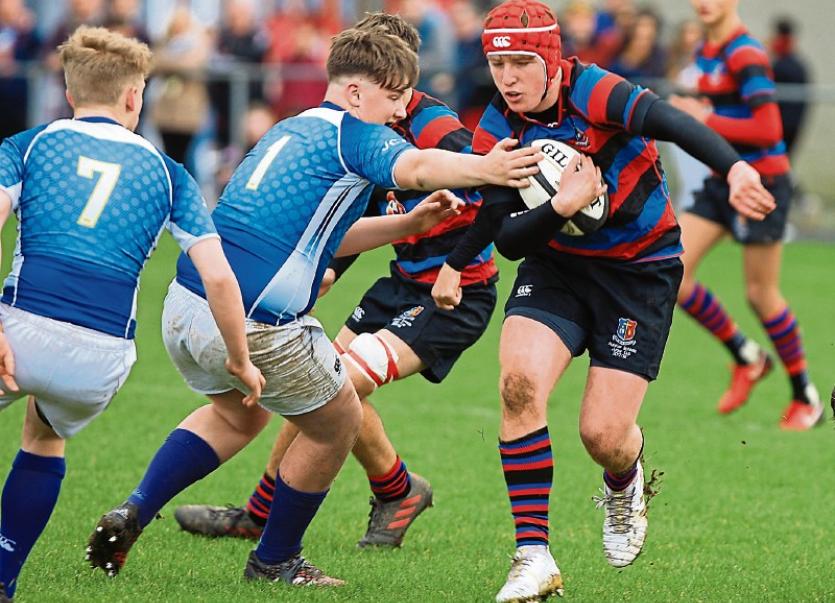 THE draw was made for the semi-finals of the Clayton Hotels Munster Schools Junior Cup at Clanwilliam FC this Wednesday afternoon.

Just one Limerick side, St Munchin’s College has made it through to the last four stage of the province’s premier U-16 schools rugby competition.

St Munchin’s were handed a home draw in the semi-finals, with the Corbally side hosting PBC, of Cork, at a Limerick venue on the week beginning February 19.

St Munchin’s, whose last success at Junior Cup level was 20 years ago, earned their last four place with an emphatic quarter-final win over St Clement’s College on Thomond Park’s back pitch on Tuesday.

PBC defeated Crescent College 25-14 in their quarter-final on Wednesday at UL.

Bandon reached the semi-finals for the first time in their history with a last gasp 17-15 win over Castletroy College at UL on Wednesday.

The final of the Junior Cup take place on the week beginning March 5.