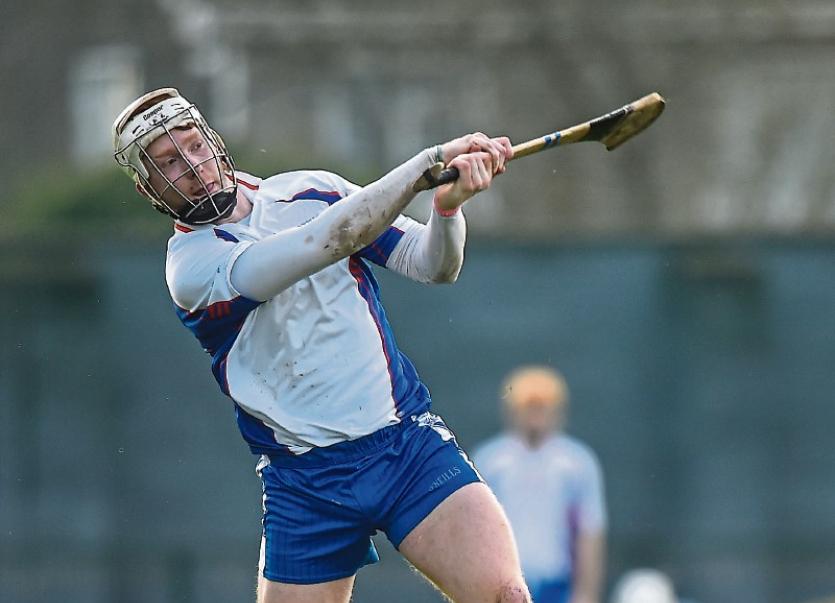 CHAMPIONS Mary Immaculate College returned to ways in the Fitzgibbon Cup this Thursday with a 3-20 to 3-12 win over Trinity College, Dublin.

This round two group game was played in UL’s 4G surface and the win puts the Limerick college back into contention in the Third Level Senior Hurling Championship.

This win came without Limerick’s 2017 U-21 Hurler of the Year Aaron Gillane and Galway’s All Ireland SHC winner Thomas Monaghan.

Mary Immaculate were 3-18 to 1-10 ahead with seven minutes to play but allowed the Dublin side in for 2-2 in the final minutes.

This entertaing contest, played in intermittent heavy showers of rain, had three Limerick men on duty – Cian Lynch (Patrickswell) and Thomas Grimes (Na Piarsaigh) for Mary Immaculate and All Ireland U-21 winning goalkeeper Eoghan McNamara (Doon) was in the red and black of Trinity, albeit he was outfield.

Mary Immaculate were 1-7 to 0-5 ahead by half time. The all important goal came in the ninth minute from Brian Corry. It was a half in which Trinity failed to score from play with Fionn O’Riain Broin accounting for their five points from frees. In the absence of Aaron Gillane, Micheal O’Loughlin was Mary I free-taker and he had four pointed frees in the first half. It was a 30-minutes that saw the Limerick side registere 10 wides.

In the second half, Cian Lynch led the way with four points from play. Wing back Thomas Grimes was also on the scoresheet as Mary Immaculate moved 1-13 to 0-7 ahead within 10-minutes of the restart.

The first Trinity goal came 18-minutes into the second half with Donncha Butler goaling.

Within 50-seconds, Micheal Corry had the second Limerick goal in response.

Tim O’Mahony had the third Mary Immaculate goal in the game’s 51st minute and the champions were 14-points clear.