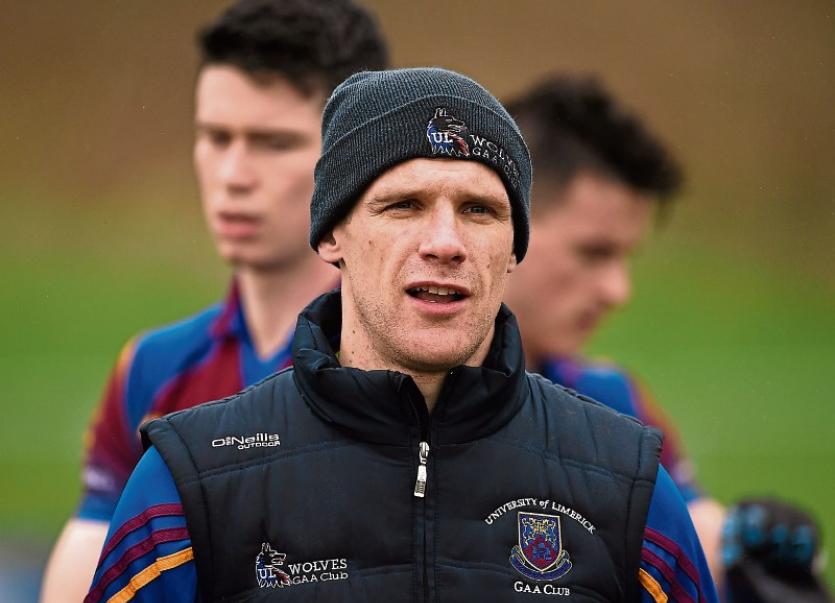 LIMERICK’S only representatives, UL, will begin their Sigerson Cup campaign on Tuesday next, January 30.

UL entertain Cork IT in their opening round game in Plassey.

UL, who reached the league final earlier this month, have three Limerick players in their ranks – albeit none part of the inter-county set-up; Gearoid Hegarty (St Patricks), James Naughton (St Senans) and Eoghan O’Connor (Rathkeale).

In total there are nine Limerick players registered across six different colleges to play in the Sigerson Cup senior football championship – Killian Ryan the only one of the nine that is part of the current 33-man Limerick senior panel.

UL’s opponents CIT will have Stephen Cahill (Mountcollins) in their panel. The Cork side will have Limerick senior football trainer Paudie Kissane in their management.

Elsewhere, Killian Ryan (Mungret) is with UCC and Brian Donovan (Monaleen) is with NUI Galway.

Garda College have Seamus Murphy (Templeglantine) in their panel. Managing the Garda outfit will be Andy Lacey – the Tipperary native, now connected to Monaleen GAA club, is a former coach to Ballylanders in the Limerick SFC. Also part of the Garda backroom is former Clare goalkeeper Joe Hayes.