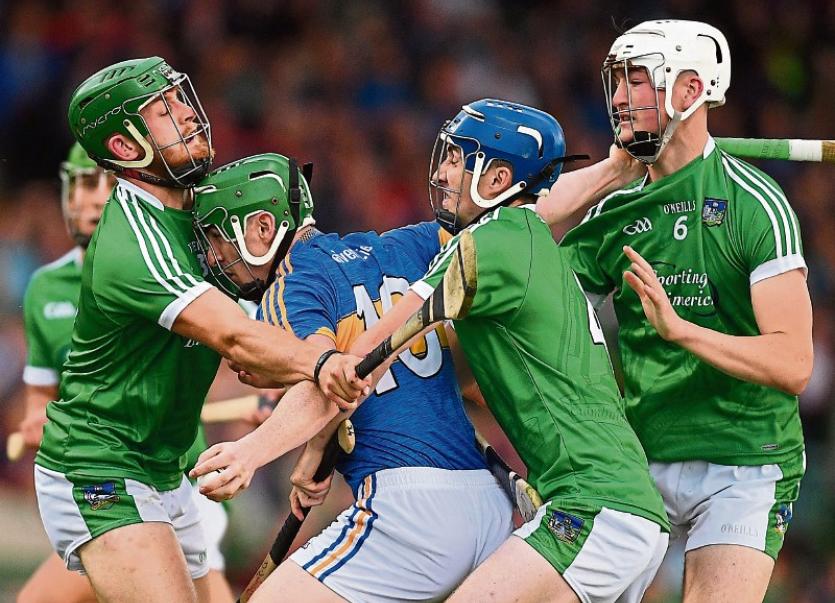 Hectic: Limerick's senior hurlers will play between two to five club championship games ahead of the Munster SHC game against Tipperary on May 20

LIMERICK GAA officials have unveiled a draft 2018 Master Fixture list that will see some players with five county championship games in April.

The new inter-county schedule sets aside the month of April for club activity but not all counties (Clare being one) have club championship scheduled.

Limerick unveiled their proposed dates at this Tuesday’s first County Board meeting of the new year but the Master Fixture list will have to be ratified by the clubs at the next meeting after passing through a CCC meeting.

”We have discussed all these fixtures with the various managements and they are happy enough,” Limerick GAA secretary Mike O’Riordan told the meeting.

“We will have five rounds of club action in the month of April and there is no issue with the managements of the inter-county teams,” said the secretary.

He added ​”In the month of May and June we will have no club championship activity.” There will be All County League action.

There will be further debate when the Master Fixture list is proposed at a meeting on January 30 or February 13, but at Tuesday meeting there were dissenting voices.

“There is no consideration for player welfare with that month of April with hurling and football five weeks in a row and U-21 previous to that,” said Mungret delegate Raymond Dowling.

It is proposed that the U-21 hurling championship commences on Tuesday January 20 and be completed by April 1.

”There are five matches for some players that will be expected to go out and play for the county – I think we are trying to be the good boys in Limerick and we are congesting too much into a short period of time,” said Reidy.

”To have five matches in five weeks I think that is wrong. Because of the new format we are trying to congest everything – some counties are saying they wont play any matches and I wouldn’t be in favour of that but we are definitely trying to put too many matches in a short space of time to be seen to be good boys,” he said.

“What we are giving is an element of certainty – clubs know when they are playing and when they can go on holidays. The clubs will be afforded an opportunity at the next County Board meeting to say no but we have analysed and looked at it and this is the best of what we will come up with,” said O’Riordan.