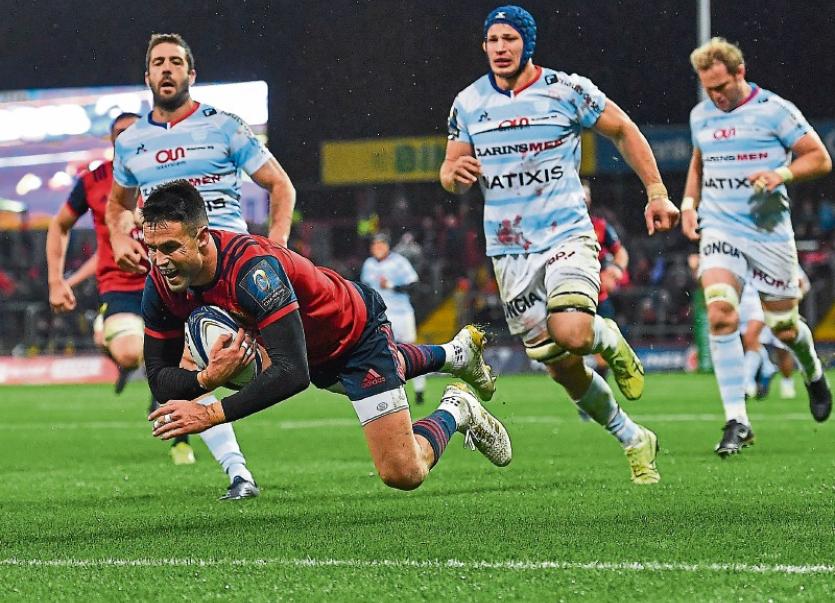 MUNSTER head coach Johann van Graan has named his Champions Cup side to face Racing 92 in their crucial Pool 4 fixture at the U Arena in Paris on Sunday, 3.15pm Irish time, live on Sky Sports.

Victory for Munster on Sunday will guarantee the province a place in the quarter-finals of the Champions Cup for a 17th time.

The latest trio to sign two-year contracts with Munster, Billy Holland, Stephen Archer and Kevin O’Byrne, are all included in the squad with Holland and Archer among the starters.

The returning duo are two of four changes to the starting XV that beat Connacht 39-13 in the Pro14 on Saturday, with captain Peter O’Mahony and Chris Cloete also named for Sunday’s round five European clash.

Archer joins Dave Kilcoyne and Rhys Marshall in the front row, as Holland resumes his partnership with Jean Kleyn in the second row.

The pack is completed with the back row of O’Mahony, Cloete and CJ Stander.

The all-international backline remains intact with Simon Zebo at fullback and Andrew Conway and Keith Earls on the wings. Rory Scannell partners Chris Farrell in midfield as Conor Murray and Ian Keatley continue as the half-backs.

Kevin O’Byrne, James Cronin and John Ryan make up the front row replacements with Cronin in line for his first European involvement of the season.

Former Munster player Donnacha Ryan will start in the second row for the French Top 14 side. However, former All-Black out-half Dan Carter is not included in the Racing squad.