Johann Van Graan: 'Gerbrandt Grobler's ban is a long time in the past' 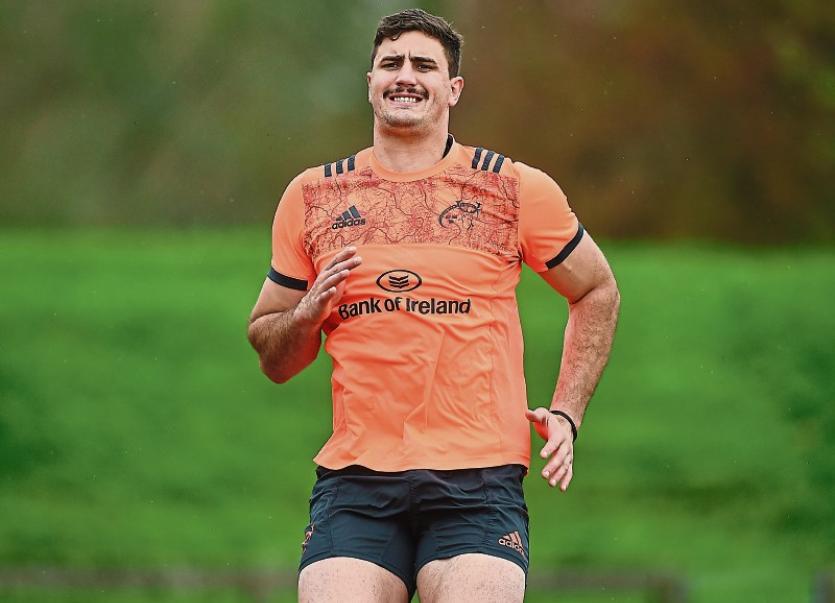 MUNSTER head coach Johann van Graan insisted on Tuesday that the two-year ban served by the province’s fit-again second row Gerbrandt Grobler  is ‘a long time in the past’.

South African Grobler has returned to full training with Munster this week ahead of next Sunday’s crucial Champions Cup pool fixture with Racing 92 at the new U Arena in Paris, 3.15pm Irish time.

In 2015, second-row Grobler was banned from rugby for two years after testing positive for steroid use. The positive test came after a Currie Cup match in October of 2014, when the second row was playing for Western Province.

Asked if he felt Grobler still had a lot to prove following his ban, Van Graan said: “I believe life is very simple. All of us sitting here, everybody in life makes mistakes. I believe life is 10 per cent what happens and 90 per cent how you react to it.

“He (Gerbrandt Grobler) served his ban. He's worked really hard to get back to fitness and then in the warm-up game, which I saw here, he had a big injury and he had to fight his way back.

“Obviously, he wants to achieve a lot of things in his life. He's such a talented rugby player so for him personally a lot to prove. The ban in my view is a long time in the past.

“Like I said, every person on this planet makes mistakes, it's how we come back from them.

“He's fought through them really well, I thought, and he's a quality individual so we wish him well in his journey back.”

Twenty five-year-old Grobler moved to Munster from Sunday’s Champions Cup opponents Racing 92 last summer. Grobler played 20 times for the French Top 14 side last season, including a start against Munster in the Champions Cup.

Last September, the lock underwent surgery on an ankle injury he sustained in Munster’s pre-season win over Worcester Warriors.

Meanwhile Van Graan admitted that the departure of the province’s Head of Athletic Performance, Aled Walters, in March, to take up a post in South Africa was a blow, but said the squad was used to dealing with change.

“A big loss to Munster, but we'll adapt. Luckily this team is very good at adapting and accepting change. Change is one of the only constants in life, there will be change. He's here until March. We'll find somebody good.

“If you look at the personnel at Munster, you know, Aidan (O’Connell) is almost part of the furniture, so we'll just adapt and move on.”

Munster will secure a Champions Cup quarter-final spot with victory over a Racing 92 side, set to include the province’s former second-row Donnacha Ryan, this Sunday.