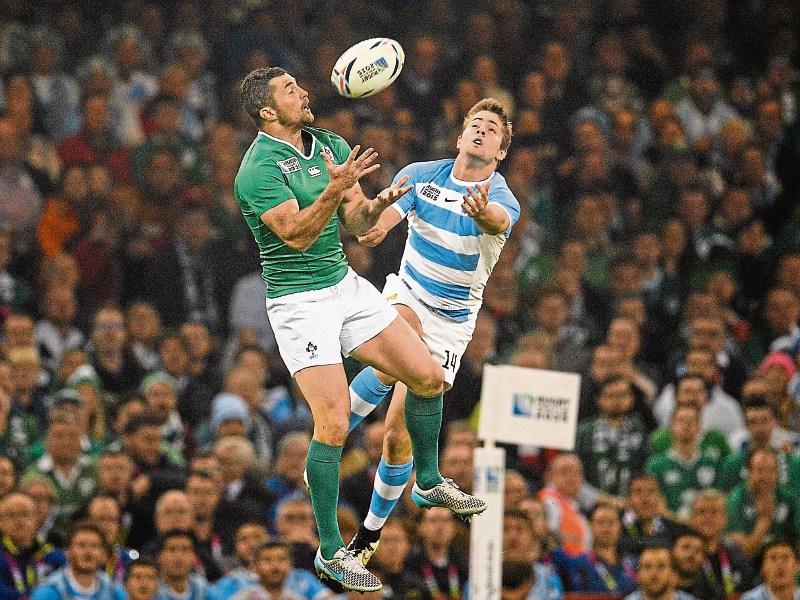 Munster are lining up Argentine utility back, Santiago Cordero, pictured here in action against Ireland in the 2015 World Cup, as a possible replacement for Simon Zebo

Zebo will swap Munster for Top 14 side Racing 92 next summer after the French side finally confirmed the switch this Tuesday.

Twenty four-year-old Cordero has played 33 times for the Pumas and plays his club rugby with Argentine Super Rugby side, the Jaguares. The versatile Cordero can play at full-back or on the wing.

Cordero made his debut for Argentina against England at Twickenham in November 2013 as a 19-year-old and made his most recent appearance for the Pumas against Australia in Mendoza last October.

Cordero was not named in the Jaguares 2018 Super Rugby squad and has also been linked with a move to Aviva Premiership side and Munster’s Champions Cup Pool 4 rivals, the Leicester Tigers.

Knox represented his province of KwaZulu-Natal at the country's premier age group rugby tournament, the Under 18 Craven Week, in 2017 in his final year of school at Michaelhouse school where he was captain

Knox’s strong scrummaging and general high quality all-round play brought him to the attention of Munster. The powerfully built prop is 118kgs in weight and is more than 6 feet tall.