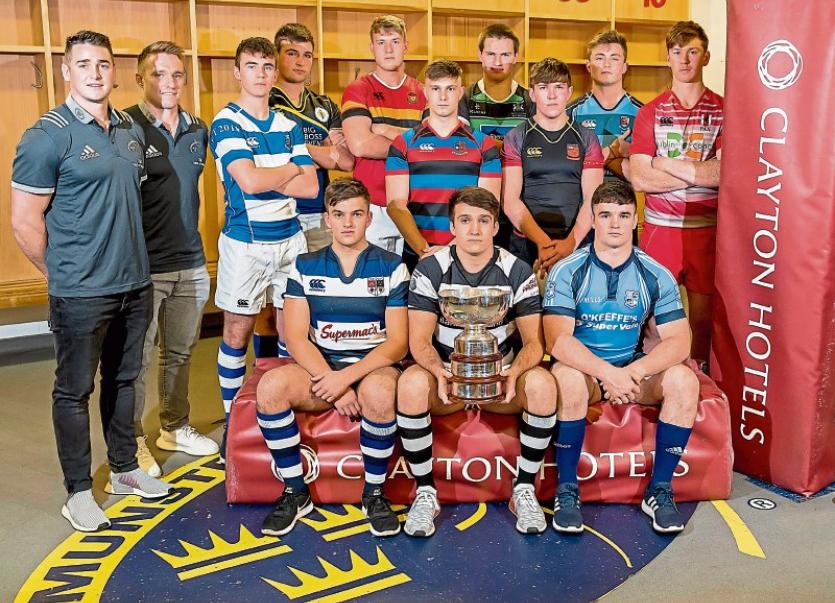 THE details of next week’s first round fixtures in the Clayton Hotels Munster Schools Senior and Junior Cups – featuring six Limerick sides – have been confirmed.

On Tuesday, St Clement’s College go head-to-head with Crescent College at Dooradoyle in a Limerick derby clash, while on the same day Castletroy College travel to Cork to take on defending Senior Cup champions PBC at Muskerry RFC.

2017 Clayton Hotels Munster Schools Senior Cup finalists Glenstal Abbey face Rockwell College at Tom Clifford Park while Ardscoil Ris will be on the road to Cork to take on CBC at on Wednesday next, January 17 at Lansdowne.

Renowned Corbally rugby nursery St Munchin’s College are also on the road to Cork, taking on Bandon Grammar in the final first round fixture on Thursday, January 18 at Bandon RFC.

The five winners of the first round ties will advance to the last-eight stage with four of those teams getting a home draw.

The final of the Junior Cup take place on the week beginning March 5 with the Senior Cup final on Sunday, March 18.