Double delight for Adare with Limerick U-21 football title 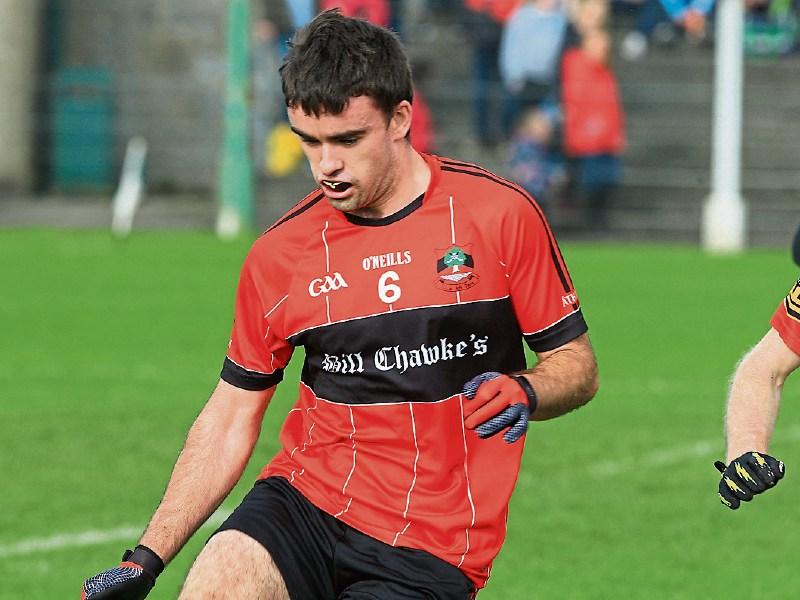 ADARE added another piece of silverware just in time for Christmas with victory in Friday’s Limerick Premier U-21 Football Championship Final.

This was a repeat of the Limerick SFC final pairing and the result went the same way with Adare completing a merited senior-U-21 double for 2017. What a couple of years for Adare football – they won this U-21 Premier title for the first time in 2015 and in 2016 won the Limerick IFC.

Many have all four of those medals.

And, they have more – three years ago at minor level this group won the county minor A title.

Adare lined out with seven of the senior starting team that shocked Newcastle West on Limerick SFC final day.

In this U-21 final, Adare came strong in the second half after Newcastle West led 0-5 to 0-4 at half time.

Adare’s Jeffrey Alfred did save a first half penalty from AJ O’Connor and also denied Shane Stack with a fine save.

In the second half Adare hit the front for the first time in the fourth minute when David Cardy had his second point for a 0-6 to 0-5 lead.

But in the 12th minute of the second half Newcastle West were back in front when AJ O’Connor was fouled for another penalty but this time Liam McCartan stepped forward and goaled for a 1-5 to 0-6 lead.

Within three minutes Adare were back in front with a goal of their own – a fine finish from Mark Connolly.

Connolly brothers Mark and Ronan added points to leave it 1-8 to 1-5 inside the last 10-minutes.

Three minutes from time, the title was sealed with two goals inside 60-seconds – Paul Maher and Hugh Bourke with the finishes.

In injury time came a consolation goal from Killian Brouder when he palmed to the net – crucially he had an earlier effort ruled out for square ball when Adare were 1-6 to 1-5 ahead.

In truth Adare were worthy winners – they scored 3-7 from play, while Newcastle West scored just 1-1 from play and the goal was the final score of the night.