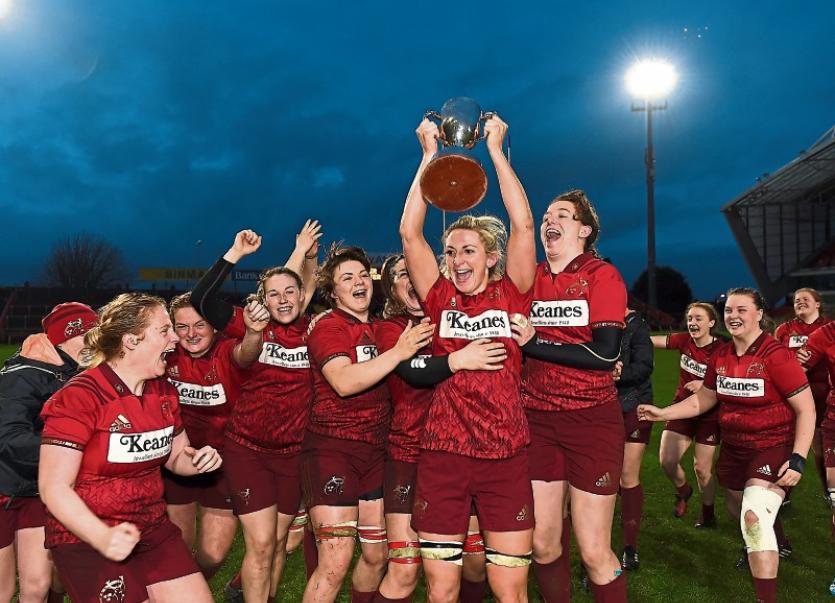 THE Munster Women's team eased past Leinster 11-5 at Thomond Park on Saturday afternoon to be crowned IRFU Women's Interprovincial Champions in the final match of their campaign.

With Munster and Leinster finishing with two victories and 10 Championship points apiece, it was the Reds who were crowned champions thanks to their +29 scoring differential, compared to Leinster's +27.

With Ciara Griffin, Niamh Kavanagh and goal-kicking scrum half Ellen Murphy leading the charge, Munster built a 6-0 interval lead with Murphy splitting the posts after eight and 11 minutes.

Munster also added a 50th minute try as former Ireland hooker Gillian Bourke powered over on the end of maul.

The conversion was missed and Leinster hit back with a try from scrum half Ailsa Hughes.

However, Munster held on stoutly to claim a famous success.