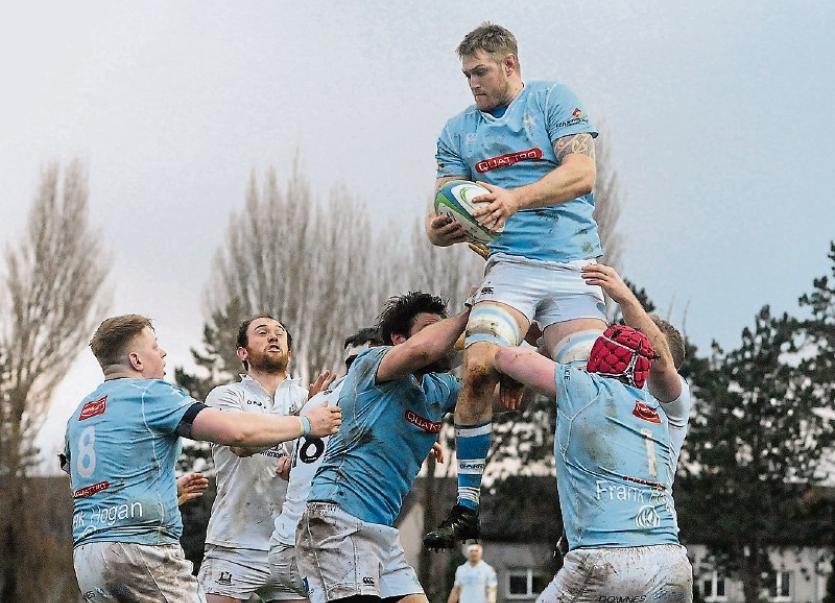 WHILE the Ulster Bank League begins its Christmas and New Year's break this weekend, the club rugby action continues locally with both semi-finals in the Bank of Ireland Munster Senior Cup down for decision this Saturday, 2pm.

Ulster Bank League Division 1A sides Garryowen and six-in-a-row seeking Cork Constitution go head-t0-head for the third successive weekend at Dooradoyle on Saturday, 2pm, while at the same time at Kilballyowen Park, All-Ireland League Division 2C side Bruff host local rivals UL-Bohemian from Division 1B in an all-Limerick clash.

The head-to-head score between Garryowen and Cork Constitution after their back-to-back Division 1A AIL fixtures is 1-1.

After Garryowen had secured a 24-17 success at Dooradoyle on December 2, a depleted 'Light Blues' side shipped a heavy 37-11 reverse at the hands of Cork Con in their return league fixture at Temple Hill on Saturday last.

With Munster A, once again, involved in British and Irish Cup action this weekend, Garryowen are set to be minus several regular first team players for this weekend's fixture.

Garryowen came out on top 19-16 in their Munster Senior Cup quarter-final win over Young Munster last time out, with scrum-half Neil Cronin scoring all their points.

Garryowen won't lack for motivation on Saturday having lost to Con in both the 2013 and 2014 finals after very tight affairs. The second semi-final pits another side which lost narrowly to Con in a final, UL-Bohs who lost by a point in the 2013 decider, against 2011 Munster Senior Cup winners Bruff.

Victory on Saturday for either side would provide a timely boost with which to end their 2017 schedule.