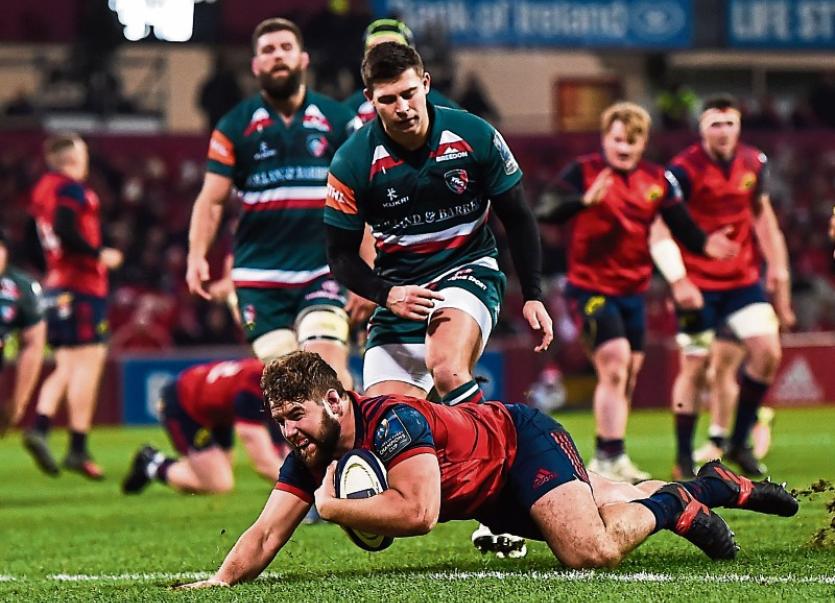 Both Conway and Marshall will follow return to play protocols this week as the province’s focus switches to next Sunday’s return game between the sides at Welford Road, 5.30pm, live on BT Sport 2.

Rhys Marshall gets the first try of the night for Munster!

He *just* about remembered to take the ball with him... pic.twitter.com/c4rvOpdIrI

On a positive note, flanker Tommy O’Donnell played the full 80 minutes for Munster A in their British and Irish Cup defeat to Bedford Blues in Cork on Friday night after successfully rehabbing an AC joint injury sustained in early November.

Meanwhile, it has been confirmed that Munster academy prop Liam O’Connor requires further consultation with a specialist for the knee injury sustained in the PRO14 game against Ospreys in Cork.