Munster captain Peter O'Mahony: 'Tigers will be like animal backed into corner' 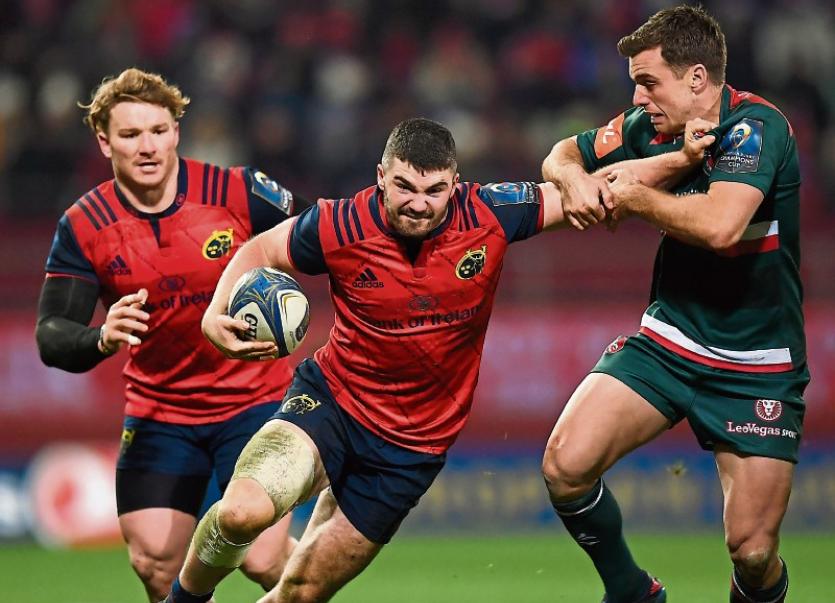 CAPTAIN Peter O’Mahony expects Leicester to respond like ‘an animal backed into a corner’ when Munster travel over to Welford Road for the return fixture with the Tigers on Sunday.

Munster suffered a dramatic last-gasp defeat to the Aviva Premiership side in Leicester last season at the same stage of the Champions Cup after the Irish province recorded a resounding 38-point win in Limerick.

O’Mahony’s says Munster must match their hosts physically next weekend to have any chance to retaining top spot in Pool 4.

O’Mahony said: “You look back at last year, we were beaten up physically over there. That is something we need to address and it is very difficult because Leicester are a proud side.

“Welford Road is an incredibly difficult place to play and you are going back to back against a team who are coming off a loss. It is a difficult thing to do because you are up against an animal backed into a corner.

”You have to try and win the physical battle. It is not a big secret, that. I am not giving away our gameplan. If you do not physically dominate, especially a side like Leicester, you are going to struggle.”

Munster will take control of Pool 4 with a victory on Sunday. However, O’Mahony said it was vital the side fully focus on the task in hand.

O’Mahony said: “You have to put that stuff aside. You have to go and put in a team performance, whatever else happens, this competition is weird, it is mad in different ways with points and stuff.

”You just have to go out and look after yourself and try and get a win.”

Responding to Leicester coach Matt O’Connor’s belief that Munster had been ‘cynical’ at the breakdown, O’Mahony said: “You play the referee, the opposition, you play lots of different things.

”If you are penalised three or four times then you change what you do. But I thought Jerome had a fine game. We were penalised a lot of times ourselves at the breakdown.”

O’Mahony agreed that the performance on Saturday night was as good as any the province had produced this season.

“It is probably up there. This is the time of the year when you need to be putting your best performances together, which is positive, but as I said, we really do have plenty to work on.

“We conceded a maul try. Our discipline, which we talked about during the week, was poor, certainly towards the end of the second half.”

Asked if there was an update on his contract talks, O’Mahony replied: “There is stuff going on in the background. As I said last week, performance is paramount for me now.”