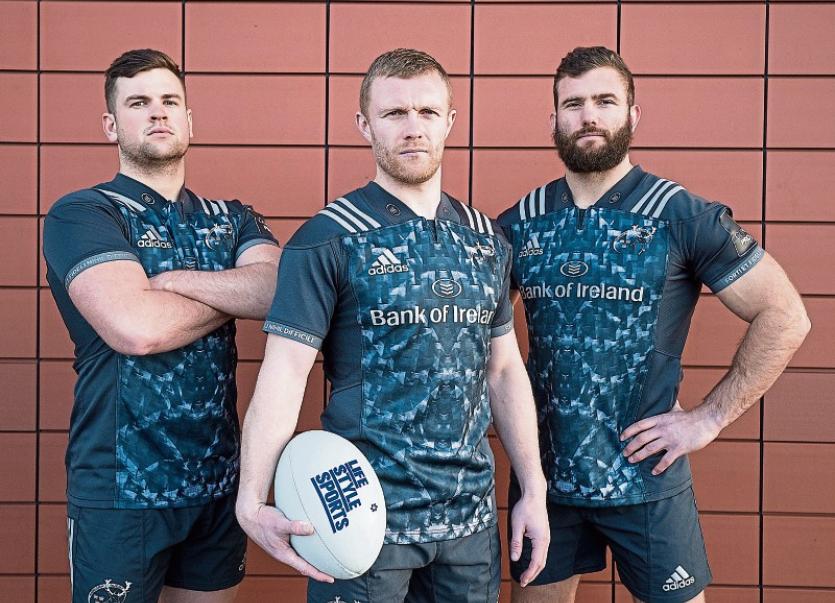 Earls has been out of action for the past month since picking up a hamstring injury while training with Ireland ahead of their opening Guinness autumn international with South Africa last month.

However, 30-year-old Earls explained that the injury was healing more quickly than expected and he is tragetting a return to action over the Christmas and New Year’s spell of inter-provincial games.

Earls said: "It was a hamstring tear. It was a grade 2. They first thought the tendon was gone with it as well, which would have been massive, would have made it a lot longer. Thankfully in the second scan it either healed or didn't tear, so it won't be as long.

“The injury is great better than expected. Hopefully, I can get back out there in the next couple of weeks.

"I have been out of action four weeks on Tuesday. Hopefully I will be back in the next three weeks, hopefully the Leinster game.

"I have been back running the last two weeks, so I have just getting up to full speed and working it under fatigue as well and passing it with flying colours.

"I am delighted, it is not going to be as long as originally first thought.”

Limerick man Earls said over the duration of his career, he had tended to pick up injury at unfortunate times of the season.

"I think when I look back on all my injuries a lot of them have been bad timing.

“It haven't been massive months long, bar one or two, they have been four weeks and get getting to game time before the November international series or 6 Nations and you can't really put your hand up to get back in, but that is sport for you.

"I am delighted now that I am back on the road, hopefully get a few games before the 6 Nations so I can put my hand up because the boys were flying it in November.”

Meanwhile, Munster centre Jaco Taute is hoping to return to action before the end of the season after suffering knee ligament damage against Cardiff Blues at the end of September.

The 26-year-old South African underwent surgery for the injury at the start of October.

Taute said: "It's so far so good with the rehab. Hopefully, I can give it a crack before the end of the season. All going well.

"It is very frustrating. These are the ones you want to play in, but it is part of the game. It's roles reversed from last season when I played in these games, now I will be watching them. I am excited for the team.

"It is frustrating (to be injured), but that’s sport. That's rugby.

"When I was younger I found it hard watching on from the sidelines  because you want to play. Once you get older, you mature a bit more and realise it is about the team and not the individual, so it is easier now.

"I have been helping on and off the pitch, some small stuff, I have been involved so that helps a lot, analysing, I have been really training hard.”

(Keith Earls, Jaco Taute and Conor Oliver were in Life Style Sports, Childers Road Retail Park, Limerick, reminding supporters that as the exclusive retail partner of Munster Rugby, Life Style Sports will send two fans on a trip of a life time to follow the team to South Africa for a 12-day, three city, two match rugby bonanza. For a chance to win simply purchase the Munster Alternate jersey instore or online now. For more information about the competition visit @lifestylesportsrugby Instagram or https://bit.ly/UltimateAwayTrip)