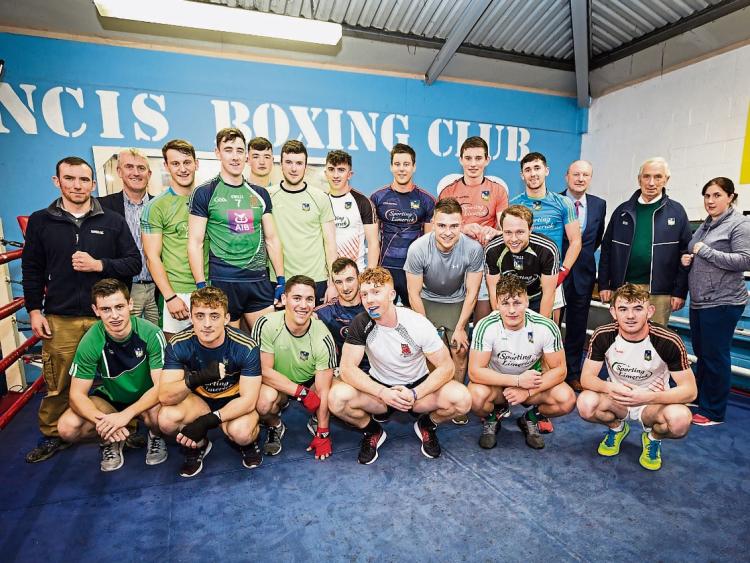 Limerick hurlers who are preparing for Fight Night this Saturday Night

THE Limerick senior hurlers go between the ropes this Saturday night for their fund-raising Night of Boxing in the South Court Hotel.

This week 18 members of the Limerick senior hurling panel received their boxing record cards after passing full medicals at the end of their intensive boxing training.

St Francis Boxing Club coaches Ken Moore and Valerie Donovan put the panel through their paces and last Sunday at the official weigh-in the hurlers turned boxers were divided into two teams and the pairings were confirmed.

There will be nine boxing bouts on Saturday, with the first duo in the ring at 7.30. Each fight will be three rounds of two minutes. You can pick who you think will win each bout below.

Bout six will be between two time All Ireland U-21 winners Barry Nash and Seamus Flanagan.

Tickets remain on public sale from 061-335516 or by email to info.clublimerick@gaa.ie.

Pick your winner below: