Munster's Peter O'Mahony to decide on future before New Year 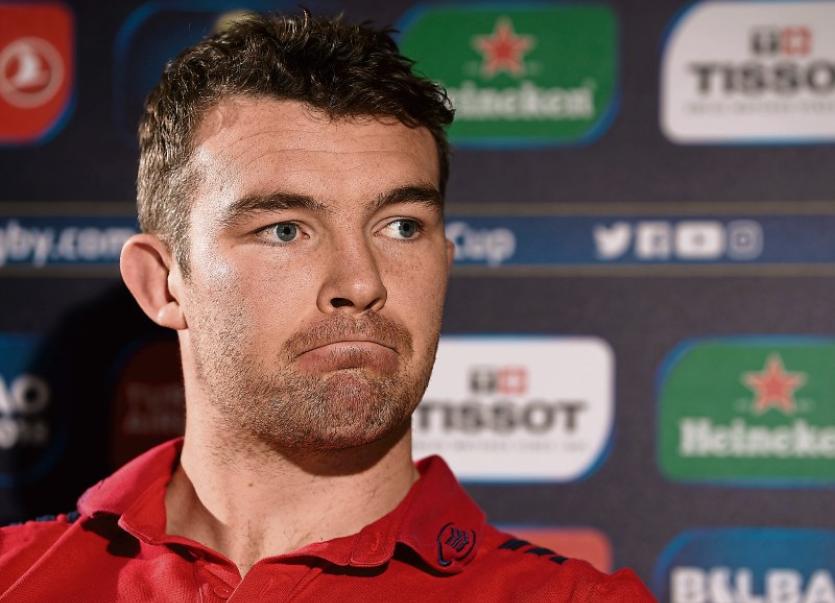 Tight-lipped: Munster captain, Peter O'Mahony, pictured at UL this Monday, is to make a call on his playing future before the New Year

MUNSTER captain Peter O’Mahony is set to decide on his playing future by the end of the year.

Twenty eight-year-old O’Mahony is out of contract at Munster at the end of this season and is reported to have turned down the offer of a new two-year contract extension from the IRFU.

O’Mahony is said to be attracting interest from big-spending English and French clubs hopeful of enticing the flanker away from Munster.

Speaking at UL this Monday ahead of Munster’s Champions Cup clash with Leicester Tigers at Thomond Park on Saturday (7.45pm), O’Mahony said: “Look, it's well documented at this time of year you get offers from clubs in France and England. I'm going to leave my agents sort all that side of it.

“It's very important for me to concentrate on such two big tests with Leicester this weekend or next weekend. I hope to have it wrapped up one way or another regardless by the New Year.

“It's professional sport. It's a short career. Hopefully it will be done by the New Year regardless.”

Pressed as to whether he was giving a potential move away from Munster serious thought, O’Mahony told reporters: “Look lads, I can't sit here as Munster captain and discuss that with you here. It's for my agents to deal with so we'll leave it at that.”

Munster are set to lose Simon Zebo for next season as he has chosen to leave the province this summer.