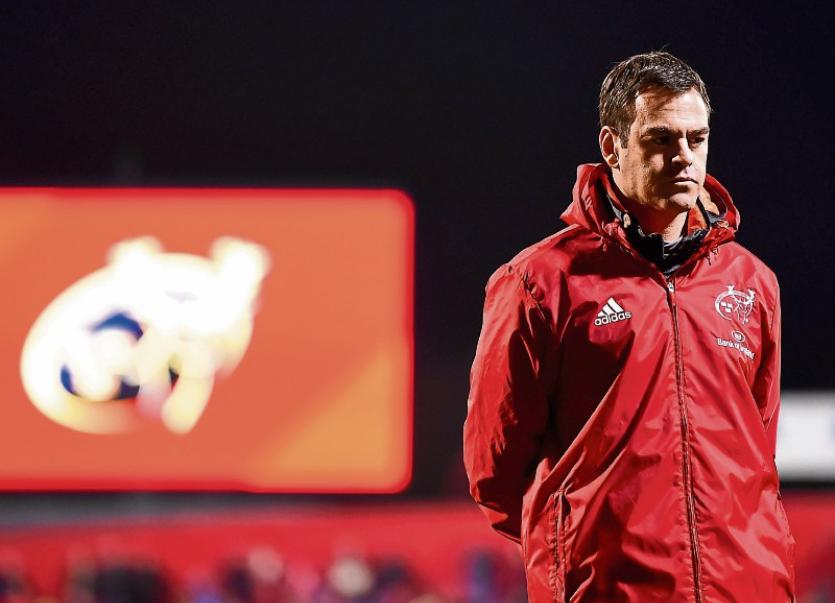 NEW Munster head Johann van Graan proclaimed himself ‘pretty happy’ as his tenure in charge of the province began with a convincing 36-10 Guinness Pro14 bonus point victory over an out-of-sorts Ospreys side at Musgrave Park on Saturday night.

Munster ran in five tries to retain second spot in Conference A of the new-look Pro14 ahead of the first of the crucial back-to-back Champions Cup clashes with Leicester Tigers, beginning with Saturday’s Round 3 fixture at Thomond Park, 7.45pm.

Asked how he reflected on Saturday night’s 26-point win at a sold-out Musgrave Park, Van Graan said: “Firstly, happy with a win. You never take a win for granted. Very happy with the bonus point, in the long run that's pretty important.

“Some great tries. I thought we can still improve our set-piece and we left some chances out on the field but in general, pretty happy.”

The win did come at a cost however as prop Liam O’Connor was stretchered off with a serious looking knee injury in the second half.

The decision to replace full-back Simon Zebo, who had taken a bang to the ribs in the opening half, was described as a ‘precautionary measure’ by Van Graan.

Van Graan added: “At this stage injuries are probably the most negative thing. We've got so many guys injured we'll just have to adapt and stand up and fight.

“I thought this was going to be a difficult game for us with Europe looming. We played against a team that were desperate and I thought we started really well.

“For the first 36 minutes we were very clinical and then at half-time we assessed what went well and what didn't and then we scored that brilliant try just after half-time.”