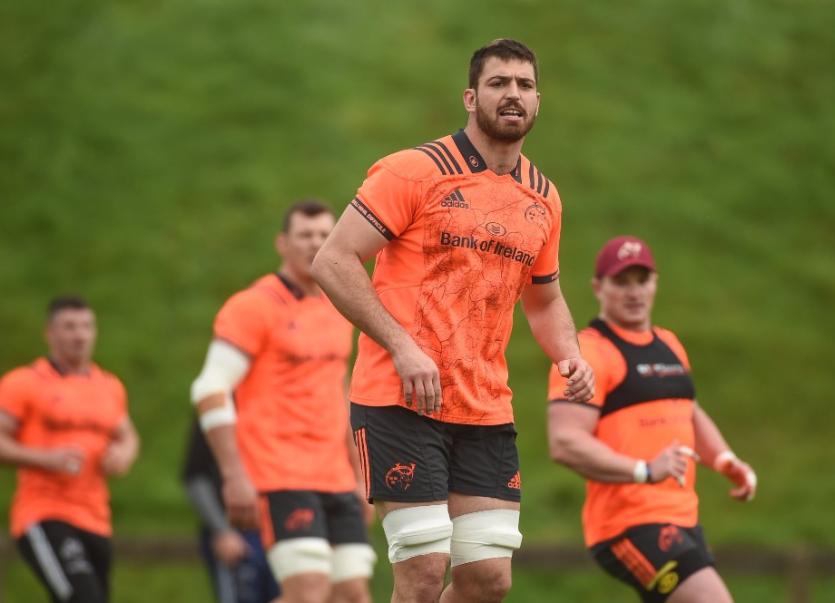 Jean Kleyn who starts in the second row.

MUNSTER Rugby has named its starting XV for Saturday's clash with the Ospreys at Musgrave Park.

The side, captained by Billy Holland, sees Ian Keatley return from international duty, while fellow Young Munster clubman Calvin Nash keeps his spot on the bench, following his maiden try last weekend against Zebre. Man of the match in that Zebre clash Chris Cloete, will partner Jack O'Donoghue and versatile Robin Copeland in the back row, while James Harte starts once more at nine.

The game kicks off at 5.30pm and is live on Sky Sports.