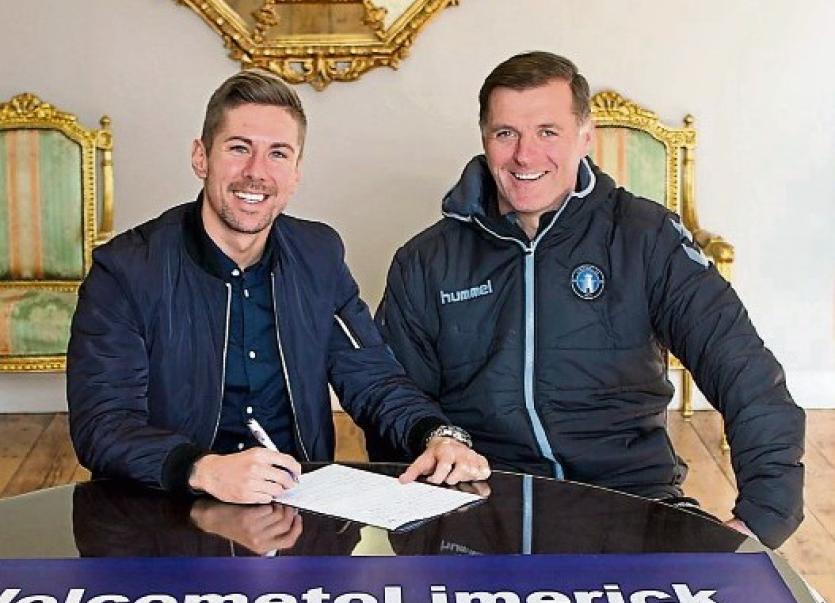 Kearns played with Sligo Rovers in the season just finished but departed the club in the past week.

A former Dundalk and Peterborough United player, Kearns signed his Limerick FC contract at the club's base in Bruff this Wednesday afternoon.

Belfast born Kearns moved to West Ham as a teenager but didn’t feature for The Hammers first team before departing in 2010.

A former Republic of Ireland U-21 international, Kearns returned to play with Dundalk and in 2011 played in the League of Ireland side against Celtic in Dublin’s Super Cup.

SIGNING: #LimerickFC are delighted to announce the arrival of Daniel Kearns.

The former Dundalk and Peterborough United winger, most recently with Sligo Rovers, penned his contract at the club's base in Bruff this afternoon #WelcometoLimerick pic.twitter.com/ASJronBwMc

Before joining Sligo in the Summer of 2016, Kearns spent a season with Glenavon.

AUDIO: "I want to start enjoying my football again and start enjoying my game." New arrival, winger Daniel Kearns gives an honest assessment as he aims to rediscover his top form at #LimerickFC #WelcometoLimerick https://t.co/YJI3zg6Fpk

Limerick FC have however lost midfielder Bastien Hery to Waterford and Dean Clarke is rumoured to be a target for St Patricks Athletic.