Blow for Munster as Chris Farrell out until New Year 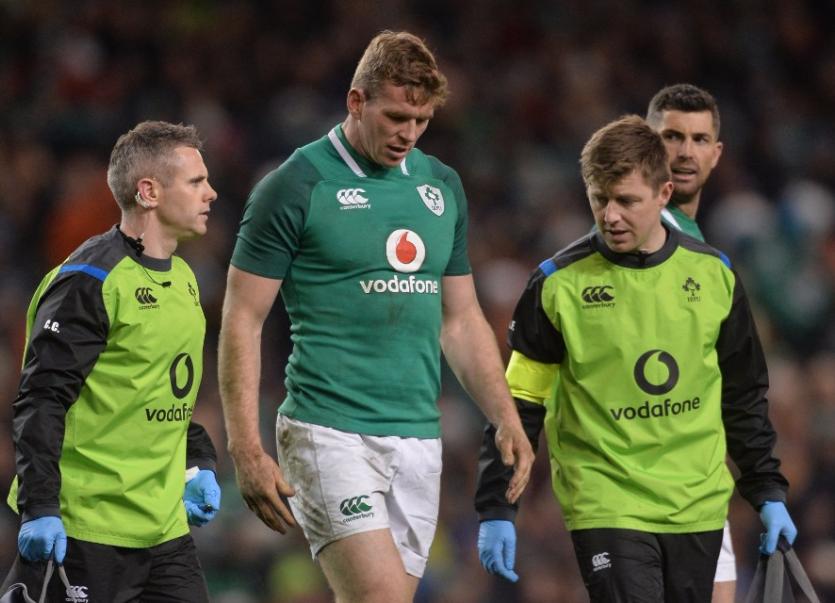 Chris Farrell who was injured on Irish duty

MUNSTER's new Head Coach Johann van Graan confirmed this Tuesday that international centre Chris Farrell has suffered a medial ligament sprain and is out for up to six weeks.

Preparing the players for the Ospreys clash in Irish Independent Park on Saturday at 5.30pm, new coach van Graan also confirmed that Simon Zebo, James Hart and Stephen Archer and Tyler Bleyendaal are all doubts for this weekend.

Zebo, who was replaced in the closing minutes of the game against Zebre on Sunday after he jarred his knee, will undergo a scan today to determine the full extent of the injury, while Hart, who was also a late withdrawal, will be reviewed by the medical team after he sustained a dead leg.

Archer was treated for a laceration to his forehead and will train this week as normal.

Duncan Williams, who was ruled out of the Zebre encounter with a shoulder injury, will return to training this week while Tommy O’Donnell who is managing an AC joint injury is expected to take part in limited training.

In other news, Ireland defence coach Andy Farrell was in Limerick today, as he linked up with the squad in providing training support to the backroom team.