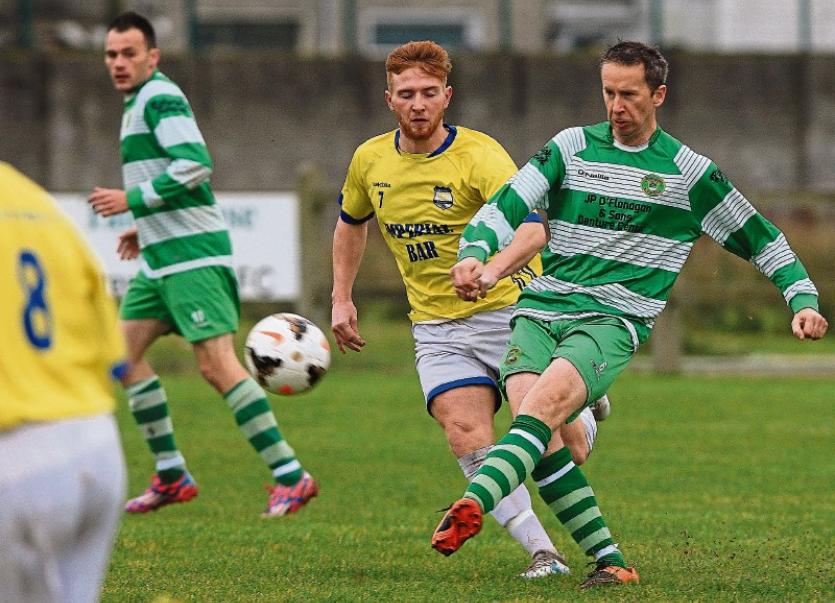 Limerick DL begin their 22nd attempt to return the Oscar Traynor Trophy to Shannonside on Sunday when they travel to the Kingdom to meet the Kerry DL in the first of the Group games.

The team will be guided by Derek Braddish along with David Dunphy and Mike Considine and their experience will definitely be an advantage.

Limerick are part of a four team group including , Kerry, Clare and the West Cork League. The winners of Kerry v Limerick and Clare v West Cork will advance to the second round. The losers of those games will play each other and the winner will also get a second chance. With three from four to advance Limerick DL are confident of a prolonged run in the tournament.

Limerick last won the competition in 1995/96 season and a lot of near misses along the way still left us empty handed.

The management team have been conspicuous at the various grounds over the last few months and they have named a very strong squad. Eoin Hanrahan will be absent for Sunday’s tie and Jason Hughes is also unavailable from the original squad announced but the addition of Joel Coustrain compensates somewhat.

Limerick go into the tie knowing little about the opposition preferring instead to concentrate on their own strengths.

There is no doubt Limerick have the players capable of winning the trophy so hopefully they can get a good start.

The one remaining FAI Junior Cup to determine Limerick’s reps in the open stages of the tournament is scheduled for Sunday afternoon when Coonagh Utd welcome Kennedy Park. Coonagh went down heavily to Carew Park last weekend and they will be keen to show that they are a much better side than the 8-3 scoreline suggested.

Kennedy Park took over top spot in Division 2B with a 2-1 win over Pallasgreen last Sunday so their confidence will be high going into the tie.

In Galtee Fuels Div 1A Summerville can take over second spot if they win at Corbally Utd, never an easy thing.

Hill Celtic, on a roll at present n Munster Junior and FAI Cups will move second in the table in Division 1B if they can beat Regional Utd in Hogan Park.

Tonight (Wednesday) it’s the turn of the O’Halloran Cup in Jackman Park and Castle Rvs, struggling to get a run going at present, take on a bang in-form Cappamore side. Castle suffered a morale sapping defeat to Mungret last weekend and they will be hoping a break from the pressures of league survival might allow them to produce a better performance. Cappamore however will be determined to win the prize of a quarter final clash with Corbally Utd.

The Open Cup for teams in Div 3A, 3B and 4 continues into the latter stages with Hyde Rgs taking on Shelbourne and Mungret Reg hosting favourites Wembley Rvs.

It’s also Munster Youth Cup time on Sunday. Fairview Rgs welcome Charleville and the top game sees Regional Utd at home to Kilfrush. Pike Rvs will be favoured to advance in the remaining game at home to Corbally Utd.