Jason O'Connor: Soccer breaking down the barriers in Limerick City 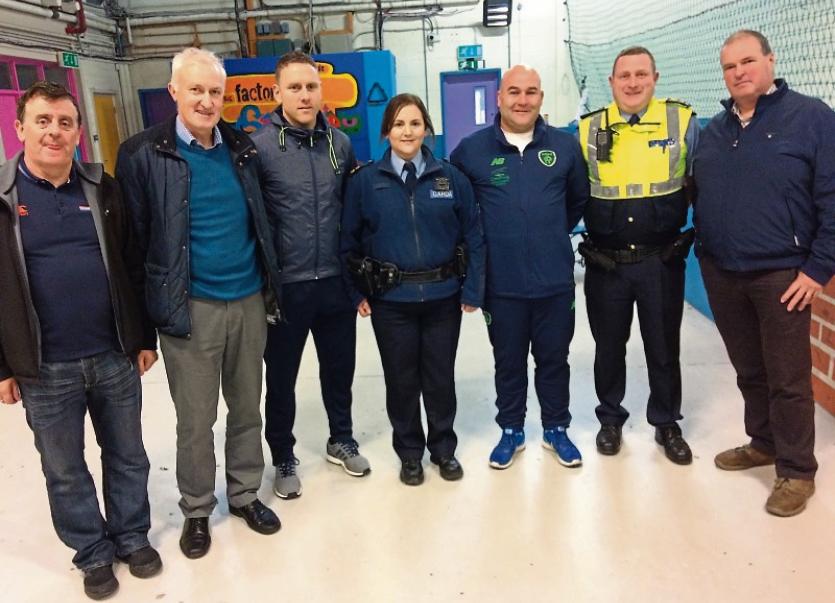 In Limerick we have young men aged between twelve and seventeen years who, for a number of reasons are considered ‘at risk’.

The term ‘at risk’ covers a multitude of factors, including, from breaking the law to non-compliance with school or court orders or even drug and alcohol issues.

These young men are from the four corners of our city and county and are also classed as hard to reach by organisations and society in general as they often do not engage with mainstream activities.

Using football as a social integration tool and as a medium to engage such hard to reach teenagers is a huge part of my role as FAI Development Officer in Limerick.

Over the last month meetings with the Garda and their juvenile liaison officers aswell as youth workers from Extern and Limerick Youth Service led to brainstorming of how best to meet the needs of the youths in question.

We had all previously worked on an annual event, named breaking barriers, which was founded by the now retired Seargent Jerry Scanlon.

Jerry recognised the benefits of using football to break down the divide in our city which was caused by feuding factions. Jerry and myself, since my appointment to the FAI in 2012, organised the event annually in an attempt to bring together the younger members of the feuding families for a football event and through playing together break the cycle of violence often handed down by generations in our city.

The recent meetings it was agreed that building on the breaking barriers idea and organising more frequent events would be beneficial for the young people in question.

A quarterly event including representation from Rathkeale, Newcastlewest, Moyross, Weston, Southill, Limerick Youth Service and Kings Island was agreed and rather than calling the teams by the location they were from, it was agreed that each project team would assume a country name to play under.

The thinking behind this was to remove the label from the young people. Challenge the thinking around for example Weston against Southill or Moyross against Kings Island and create a friendly fun environment to play in.

There was no final game played on the day as the event was ran off on a league basis with each project team playing seven games each.

The league basis we found was more beneficial to the players as it removed the pressure which is often attached to a final of an event.

The fact the young men will come together more regular increases the chance for a change in attitude towards each other and also more of an opportunity for them to view each other as equals.

The first quarterly event during the October school break brought over fifty young people to the Factory Youth Space in Southill where the eight teams played off twelve minute games of ‘futsal’ and afterwards ate pizza with Garda, youth workers and the FAI in what was a really fantastic event.