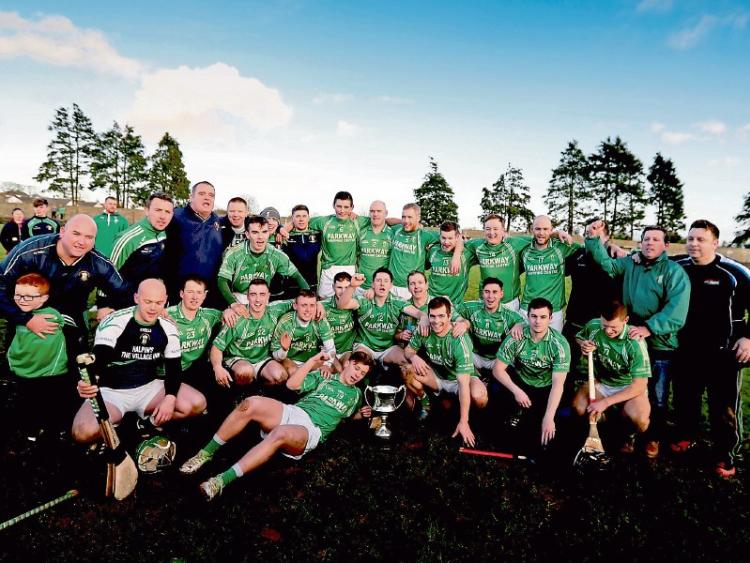 RESILIENT St Patrick’s claimed a first Woodlands House Hotel Junior A championship title in 83 years when edging past Kilmallock 1-10 to 0-8 in their second final replay played at Bruff on Sunday.

St Pat’s stormed to a 21-point success over Kilfinane in their last junior county final win in 1934, but Sunday’s victory, secured at the third time of asking, was hard-earned.

The city side can look forward to playing in intermediate ranks in 2018 after they made up for the disappointment of losing the junior A decider 12 months ago to local rivals Na Piarsaigh.

Kevin Maher’s goal in the 34th minute, struck from more than 70 metres out, when the sliotar  went all the way to the net, proved a crucial score.

However, Kilmallock had been facing an uphill battle from the 12th minute when reduced to 14 men.

Wind-assisted Kilmallock had their noses in front, 0-5 to 0-4 at half-time. However, ‘Saints’ outscored their opponents 1-6 to 0-3 in the second half to run out deserving winners.

Inter-county senior star Gearoid Hegarty produced a powerful second half display, showing his undoubted class to turn the decider in his side’s favour with some terrific clearances out of defence

While St Patrick’s had five different scorers from play on the day, Kilmallock had just two, both of whom managed a single point.

In all, 1-5 of the ‘Saints’ tally came from play as the city side finally scuppered Kilmallock’s hopes of winning a first county junior A hurling title since 1956 and a fifth title in all.

This was a resolute display from St Patrick’s who were knocked out of the Munster club championship seven days earlier by Waterford side Ardmore when missing a few regulars.