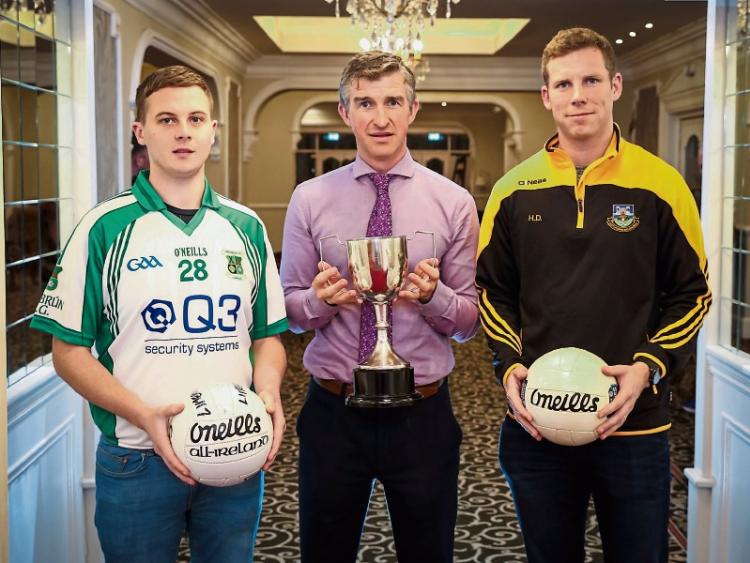 It’s Ballybrown against Castletown-Ballyagran in Adare this Saturday (3.00) afternoon in the Limerick JBFC Final.

It’s not by any fluke that they have appeared in this Limerick Junior B Football Championship Final as both made in-roads in the league earlier in the season.

This season they met Castletown-Ballyagran in the semi final and were 2-16 to 2-8 winners. Both line-ups are likely to have been strengthened since that tie.

While the men from the south are new to the knockout stages of this championship, Ballybrown were beaten quarter finalists for the last two seasons.

Managed by Mike Mann, they have Mike Roberts and Trevor Mann as selectors.

Captained by Cillian Cliffe, they will look to build a solid foundation from midfield where they have Griffin brothers Bryan and Ross. Elsewhere Robert O’Grady and Kenny Power will man key defensive roles while in attack James Garvey will hope to repeat his semi final scoring exploits.

Castletown-Ballyagran are managed by Mark O’Donnell with Gerald Barry and Trevor Hughes assisting.

Goalkeeper Paul O’Donnell will bid to extend his run of clean sheets while James Dillon and Bill Cagney will be others needed to be on top of their game for the men in black and gold.

Castletown-Ballyagran were winners of this JBFC back in 1994, while county honours prior to that was the 1986 Junior Hurling title win.

Ballybrown have played seven games to reach this final but that includes three replays and remarkably, they have been in their last three games – the city final against Abbey Sarsfields, county quarter final against Banogue and county semi final with Knockaderry.

Saturday will once again see a first time win this title – making it just three second string champions in the last 10 years.

Saturday’s county champion will represent Limerick in the Knockaderry run Munster Junior B Tournament with a semi final on Sunday November 26 against Argideen Rangers of Cork.