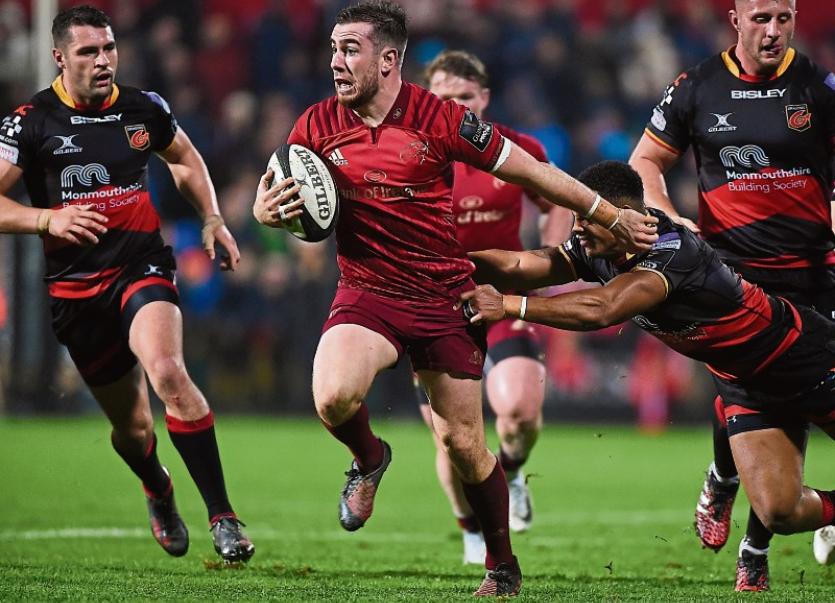 MUNSTER players and backroom team members bid a fond farewell to departing coaches Rassie Erasmus and Jacques Nienaber with a rousing rendition of ‘Stand Up and Fight’.

Friday night’s demolition of the Dragons in Musgrave Park was Director of Rugby, Rassie Erasmus and Defence Coach, Jacques Nienaber’s last time to be involved with the province.

Both men return to their native South Africa to take up positions with the South African Rugby Union in the coming weeks.

Munster’s new head coach, another South African Johann van Graan, is to take charge of the side for the province’s next competitive fixture, the Sunday, November 26 Guinness Pro14 meeting with Zebre in Italy.

Munster players and backroom team members linked arms for a rousing rendition of the side’s anthem ‘Stand Up and Fight’ in the dressing room following Friday night’s bonus point win over Dragons.

Defence coach, Jacques Nienaber said: "We had a fantastic time, not only me, but my family.

“It was a phenomenal club, phenomenal people to make up welcome into the community. It was one of the best 18 months I will ever have. It was fantastic.

"I will miss it dearly.

"What a way to finish (v Dragons). I thought that while we didn't concede tries. I thought our attack was phenomenal. We are working hard on it, so it was a fantastic way to sign off.

"Compliments to the players, they really put their bodies on the line and defended with everything they had.”