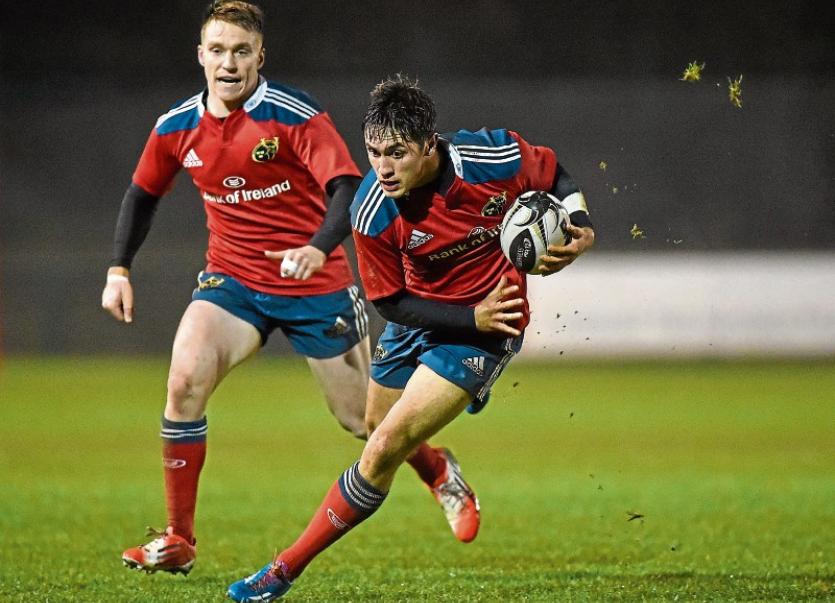 Shannon's Greg O'Shea, who is part of the Ireland 7s squad competing in California this weekend

SHANNON’S Greg O’Shea has been included in the Ireland Men’s 7s squad which is competing in this weekend's Silicon Valley 7s tournament in San Jose, California.

Twenty two-year-old Greg O’Shea, who has been a member of the Munster Academy, impressed for the Ireland 7s teams in a number of international events in recent seasons.

The Ireland 7s team also competed at the Elche 7s in Spain last weekend, finishing in second place behind Wales.

O’Shea is one of six players added to complete in the 12-man squad in the USA this weekend. The other five players added are Will Connors, Billy Dardis, Harry McNulty, Bryan Mollen and Tim Schmidt.

The Silicon Valley 7s will feature a number of sides that compete on the World Series, with Ireland's Pool A opponents Canada, England and Samoa all core teams.

The tournament takes place on this Saturday and Sunday at the Avaya Stadium, which has a capacity of approximately 18,000 and is the home of Major League Soccer's San Jose Earthquakes.