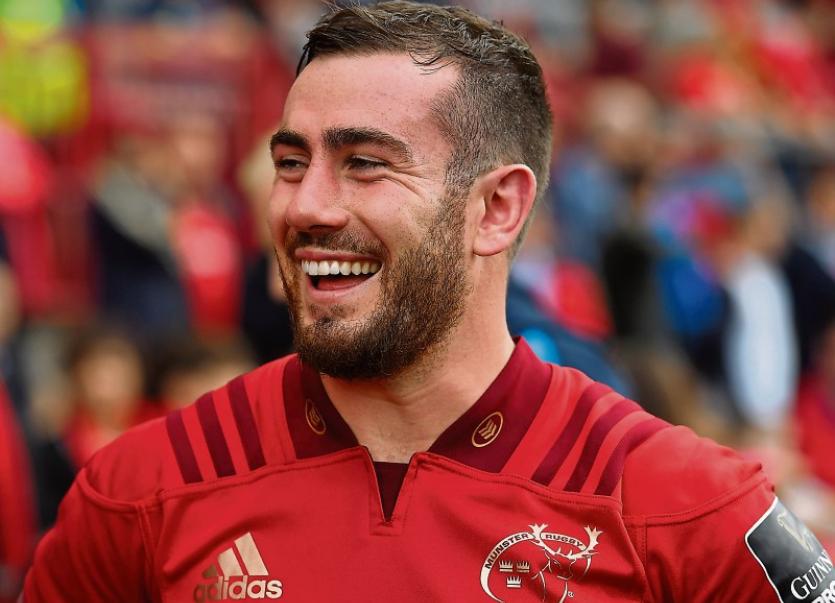 The game, which is not being televised, is likely to be Director of Rugby Rassie Erasmus’ last time to take charge of the side before his return to South Africa.

Twenty six-year-old Chris Cloete, who has played for the South African ‘A’ side, joined Munster on a three year contract in recent weeks.

The former Southern Kings and Pumas flanker enjoyed a stand-out 2017 season for the Kings.

JJ Hanrahan, who returned from Northampton Saints at the end of last season, gets the nod to start Friday night’s game at out-half.

Munster, still smarting from their defeat to Connacht in Galway on Friday night, have been boosted by the release of three players from the Ireland squad, winger Darren Sweetnam, out-half Ian Keatley and centre Chris Farrell.

Sweetnam and Farrell start against Bernard Jackman’s Dragons, while Keatley is listed among the replacements.

In all, Munster make 10 changes from the side that lost to Connacht.

Billy Holland captains the side and is set to make his 170th appearance for the province having started all nine of Munster’s games so far this season.

Simon Zebo, who departs the province next summer, is named at full-back .

Hanrahan and Duncan Williams make up the half-back pairing with Sweetnam and Alex Wootton, Munster’s top try-scorer this term with five tries, on the wings. Rory Scannell and Farrell maintain their centre partnership.

Rhys Marshall keeps his place at hooker with Greencore Academy player Liam O’Connor and tighthead Stephen Archer on either side of the front row.

Jean Kleyn comes in to partner Holland in the engine room as Erasmus names an exciting back row trio of Jack O’Donoghue, Cloete and Robin Copeland.

Kevin O’Byrne, James Cronin and Brian Scott provide the front row cover with Cronin and Scott set for their second appearances of the season.

Darren O’Shea is set for his first senior appearance of the campaign with on-loan Mark Flanagan completing the forward cover.

James Hart, Keatley and Sam Arnold – who is also in line for his first senior game of the season – are the backline replacements.