Tough ties to come for Desmond League sides in FAI 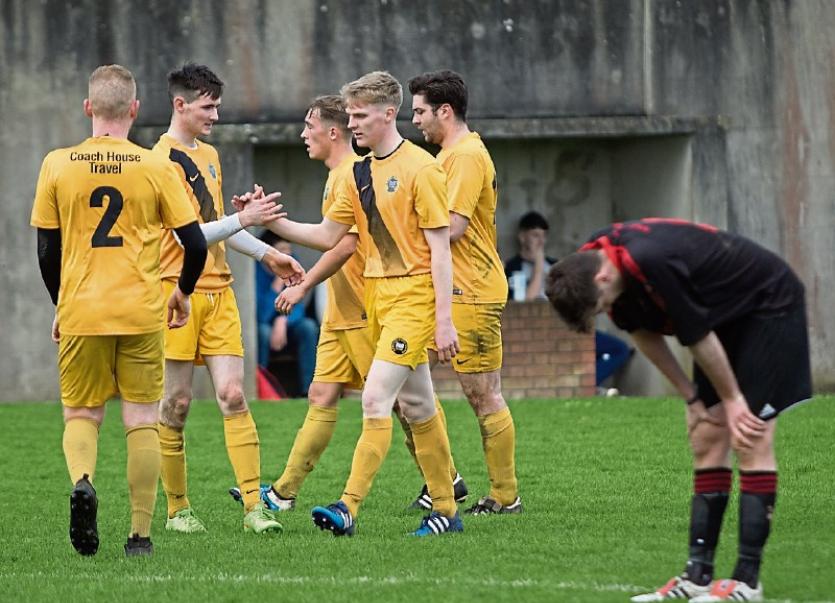 There are five Limerick Desmond League teams through to the fourth round of the FAI Junior Cup and three of them are in action on Sunday.

At stake is a ticket into the open draw for the fifth round games on the 3rd of December. Meanwhile, the remaining game in the second round of the Munster Junior Cup also takes place on Sunday, with Rathkeale entertaining AK United.

Newmarket Celtic are flying in Clare at the moment, top of the Premier Division with an unbeaten record of seven wins and one draw. They proved too good for AK United in the third round, winning 4-0 away. Broadford United will obviously prove to be a much tougher challenge but they have not yet hit the form that saw them reach the Munster Junior Cup semi-final and capture the Desmond Cup last season and so they might have to return empty-handed from Newmarket.

Carrig Celtic’s winning streak of four games came to an end last Sunday with the 4-2 defeat at home to Broadford United in the Munster Junior. On the same day, Castleisland beat Killarney Athletic in the Munster Junior, a notable scalp which indicates that their healthy position of third place in Kerry Premier A isn’t misplaced.

Fenit Samphires are joint leaders with Killarney Celtic in Kerry Premier A, although it’s early days yet, with both teams only having two games played. However, if past is prologue, Fenit will likely last the pace as they came very close to reaching the League final last season. Glin will need to battle harder than they did against Newcastle Rovers last Sunday when they surrendered rather meekly after falling two goals behind, though the expected return of Gary Culhane and Ger Riordan should offer improvement.

Rathkeale’s most recent outing was in the FAI Junior Cup last Sunday week when they impressed in a 2-1 victory at home to Abbeyfeale United. Rathkeale will be even stronger now as the Quilligan brothers, Thomas and Mike, are back now that Newcastle West are out of the Senior Football, while it is expected that the Adare contingent of Mikey and Davy Lyons and Shane Doherty will also be available. Rathkeale at their best would be too good for most sides and so it would require a major upset for AK United, mid-table in Division 1, to prevent the reigning League Champions from advancing.