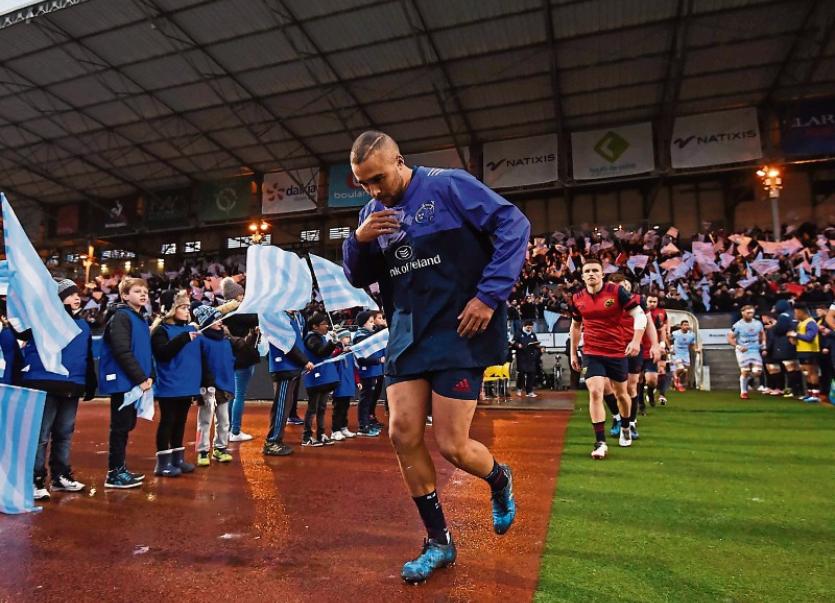 MUNSTER return to the bread-and-butter of the Guinness PRO14 after their Champions Cup exertions with a crucial trip to Galway to take on Connacht this Friday night, 7.35pm.

While Munster achieved the season’s double over Connacht last year reversing the trend of the 2015/16 campaign – the last six meetings between the two provinces have been evenly split with three wins apiece.

Munster have been coming to terms this week with the shock news that utility back Simon Zebo is set to leave the province at the end of the season.

Twenty seven-year-old winger and fullback Zebo has attracted the interest of several European clubs who have offered terms that Munster say the province 'and the IRFU are unable to match despite both the province and the Union making every effort to retain the player with substantial improvements made to his existing deal.'

Zebo had been linked with a move to French Top 14 side Pau in recent months, although it now appears that Racing 92 have swooped late to secure the utility back's signature where he would join his ex-Munster team mate Donnacha Ryan and assistant coach Ronan O'Gara.

Meanwhile, Munster are expected to name a strong side for Friday night's trip to the Sportsground, before their Irish internationals depart the province to continue preparations for the autumn internationals.

Munster complete their programme of fixtures in this section of the season with a home fixture against the Dragons at Musgrave Park on Friday, November 3.

Munster are set to be without hooker Niall Scannell for the next six weeks to two months after he underwent surgery on a thumb injury on Monday.

The province's Director of Rugby, Rassie Erasmus expects new head coach Johann van Graan to take charge of the province for the first time in the PRO14 clash away to Zebre in late November.

Van Graan has returned to South Africa after spending last week getting to know the Munster players and backroom team, as well as attending Saturday’s Champions Cup victory over Racing 92 at Thomond Park.

With a three week break in the PRO14 following Friday week’s home fixture against the Dragons, Erasmus feels Van Graan should be in charge of Munster for the Sunday, November 26 game away to Zebre.

Erasmus said: “I don’t know the exact date, but if you want to think logically about this, we have got two games now (v Connacht and the Dragons) and then a three week break.

“If one is honest and open about it it should be the Zebre game he should be in charge, if the paper work and stuff doesn’t go wrong. I think that’s more or less what we will do.”

Munster also expect to hand a debut to their South African flanker Chris Cloete later this month. Twenty six-year-old Cloete, who has played for the South African ‘A’ side, joined up with the Munster squad last week to begin a three-year deal with the province.

Asked when Munster fans are likely to see Cloete in action, Erasmus said: “Next week the national side will be selected (for November internationals) and then the Irish players will be out of the mix. He's an out and out openside flanker.

“I'm not sure if Tommy's in the mix with the Irish set-up, but Tommy does need a rest. He's been playing every minute and we've been subbing him the last 15, 20 minutes. His workload's still been a lot.

“Chris only arrived last Tuesday so we want to make sure he knows everything and if we still have Tommy for this week (v Connacht) and maybe next week we might hold him back a little bit but I'm pretty sure the next two week you'll see him.”