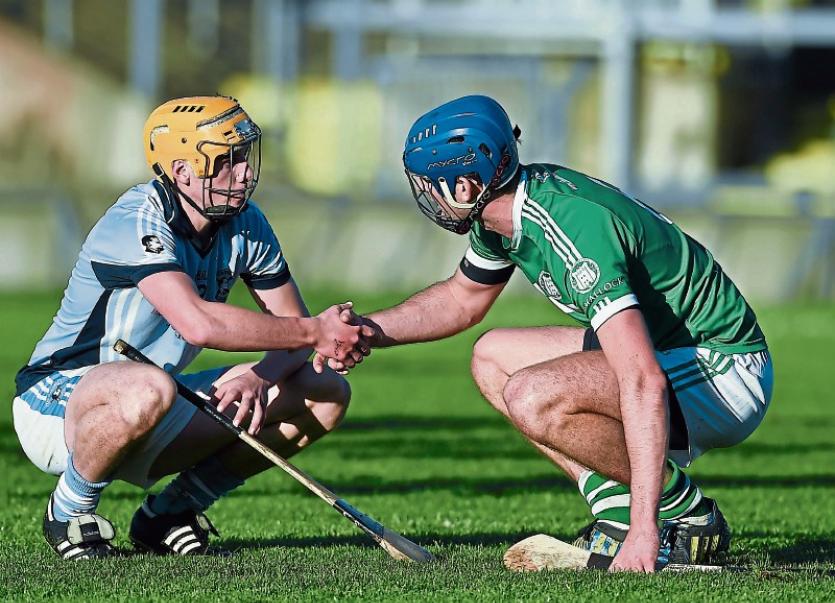 Kilmallock’s desire to return to the top of Limerick club hurling came a step closer last weekend when they defeated holders Patrickswell.

Played in glorious conditions at the Gaelic Grounds this like many games this season never really spilled into life.

We had a brief spell in the opening half which suggested we were in for a cracking contest but sadly that never materialised.

We can only hope now that the County final will bring much better hurling on October 15.

Na Piarsaigh will provide the opposition for Kilmallock and these teams have a habit of getting the best from each other.

That game could be on TV and it may result in a smaller crowd than normally attends. The County Board will benefit from funds supplied by TG4 and I hope we get a good game that will show case the county and the clubs taking part.

For Kilmallock it was all about getting back to the County Final. They made light work of the teams they played in the preliminary rounds but for stages they didn’t exactly fire on all cylinders against a Patrickswell team playing for the third week in a row.

This was a stop start type of game and like others in recent weeks we had a proliferation of frees and very little good hurling. Semi finals are about winning and in this regard Kilmallock won’t be too concerned. They will of course know that they have a fair bit of room for improvement. Some of the players with lots of experience at club and county just didn’t make any great impression on the game.

Despite that, they were the better team overall, they made hard work of winning the game but no one could contest the fact that they fully deserved their victory.

Patrickswell lacked fluency and all too often they over worked the ball and got little from it. They didn’t help themselves either as they hit some bad wides from frees and play.

Patrickswell were always playing catch up and led only once in the first minute. Young Michael Houlihan scored a cracking goal for Kilmallock after two minutes and that set them on their way. Houlihan had to get a fair few things right to score that goal. His development as a hurler is going really well and I am sure this lad will have more to offer Kilmallock and Limerick in the future.

It took Kevin O’Donnell a bit of time to get into the match but when he did he hurled well. This man has a big physical presence and if he got a few months training with the Limerick seniors I could see him deliver on the bigger stage.

Kilmallock won a lot of possession in the opening half but didn’t always take the best option. They came close to scoring a second goal just before halftime and that would have killed the game off had it gone in.

The Patrickswell backs were under a good bit of pressure but James Carrig and Sean O’Brien were hurling really well. O’Brien was very effective as a corner back and might have more to offer Limerick in this position. Robbie Hanley was marking Diarmuid Brynes and he never really got to grips with Brynes.

From midfield on, Patrickswell struggled, they found it hard to win ball around the centre and as a forward unit they made little enough progress. Lets just say Barry Hennessy was not overworked and hardly had a shot to save.

The opening twenty minutes of the game produced the best action. There was a good energy to the contest and you got the feeling that we could be in for a very good game. The quality slipped from here on and Kilmallock were always in the driving seat.

Patrickswell, for the best part, are depending on the same group of players over the past three years. They looked a tired team this year and we saw little of the drive and freshness that saw them win the championship in 2016.

While Kilmallock won this game with a good bit to spare they will know only too well that they will have lessons to take from the game. There has always been a bit of edge to games between Na Piarsaigh and Kilmallock and I would expect to see more of that in this County Final. It will take a big performance from Kilmallock to beat Na Piarsaigh. The All Ireland Club winners of 2014 have a very strong player base and they have added new blood for this year. That aside they will fully respect Kilmallock and when all is said and done very little might separate these teams.

Ahane won the County Cup when they had the better of South Liberties last weekend. Both of these teams have been hanging on by a thread for the past few years and I doubt winning this competition is of assistance to any team. The County Board would do everyone a favour if they redesigned the championship in Limerick because as it stands the gap is getting bigger each year.

When the game started less than a hundred people were in the Gaelic Grounds. That tells its own story. The Limerick championship badly needs reform and unless the County Board take action we will see a continuation of the quality we saw this year. We have lots of good players in Junior and Intermediate clubs who could assist their nearest senior clubs. Limit the amount of players and allow them hold their status with their own clubs. If Croke Park can trial championship change for three years why not trial this or another idea for the good of Limerick club hurling.

A special Congress at Croke Park last Saturday voted to change the hurling championship on a trial basis for the next three years. Such change came about as a reaction to the Super 8 in football and time will only tell if it has any real benefit for hurling.

Teams will have two games at home and two games away. It makes the job of winning the Munster championship all the more difficult. The top two teams will meet in the final. When the back door was introduced some years ago they said it would benefit the weaker counties in hurling but that never materialised. The change that took place last Saturday will once again assist the big teams and many that voted for it might yet regret such support. It’s hard to beat a motion supported and introduced by Central Council and had the old rule of 66% been in place it would have failed.

The untimely death took place last week of Sean Anthony Moran. Sean passed away suddenly at just 32 years. His father Tom and the Red Cow Hotel supported Limerick GAA at a time when good sponsors were hard to get. Large crowds attended the funeral and many traveled from Limerick to support the Moran family. It has been a difficult year for the Moran family and to Tom, his wife Sheila and family I offer them my sincere sympathy.