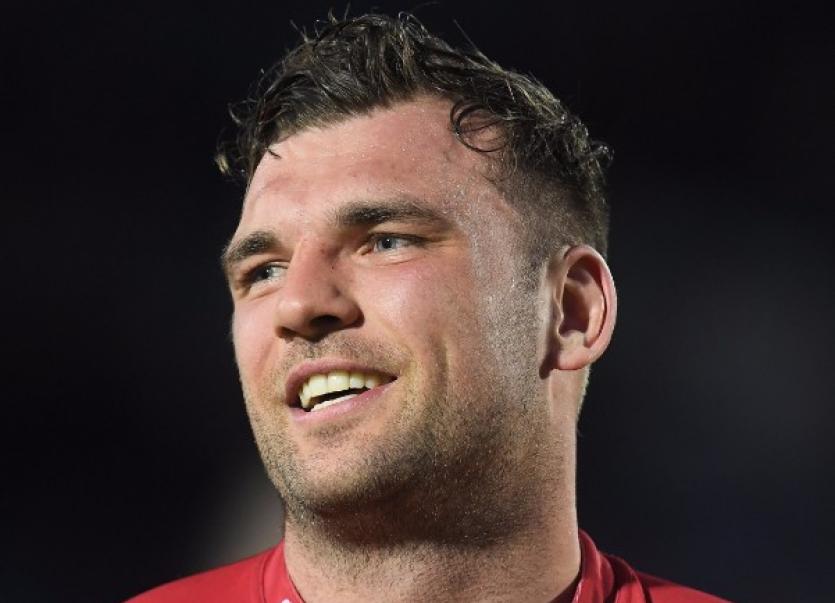 MUNSTER Rugby have today confirmed the capture of Scarlets second row Tadhg Beirne. The former Leinster second row will join the province at the start of the 2018/19 season on a two-year contract.

As exclusively revealed in the Limerick Leader  in July of this year, the 25-year-old lock will make the move from Scarlets where he has made 29 competitive appearances to date after making the switch from Leinster at the start of the 2016/17 season.

The move to the Llanelli based club proved to be career defining as the Kildare native developed into one of the club’s leading forwards. He rounded off his breakthrough season with an outstanding performance in the Welsh side’s Guinness PRO12 title win in May.

According to a Scarlets press release Beirne was always set to move home to further his international career.

"Beirne has scored three tries for the Scarlets including one against Munster at the Guinness PRO12 final in May 2017 helping Scarlets to secure an emphatic victory.

Since arriving in Wales in the summer of 2016 Beirne has expressed his desires and ambitions to represent his country of birth on the international stage and his move at the end of the season to Munster will give him the best possible platform to do so.

Scarlets head coach Wayne Pivac said: “We are disappointed to lose such a quality player and quality person from the group but fully understand that Tadhg has aspirations to play for Ireland.

“He’s developed well in the last fourteen months as a player and we’ve seen the benefits of all the hard work he’s put in since joining the Scarlets.

“Tadhg’s fully focussed and committed to continuing his rich vein of form for the remainder of the season.”

A former Ireland U20s player Beirne featured in all of Ireland’s games during the 2012 U20s 6 Nations and Junior World Championship, lining out next to current Munster men JJ Hanrahan, Chris Farrell and Niall Scannell.