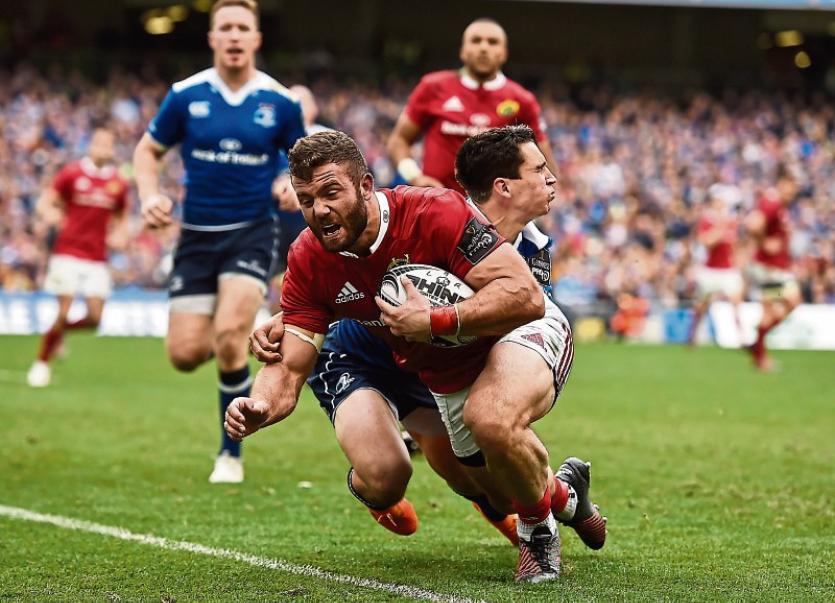 MUNSTER’S South African centre Jaco Taute is due to see a specialist for further investigation on the knee injury he sustained against Cardiff Blues on Saturday.

Taute had a scan on the injured knee on Sunday with Munster confirming that he would meet with the specialist later on Monday for further investigation.

Meanwhile, Munster second row Jean Kleyn is said to be progressing well following a knock to his neck in the PRO14 defeat to Glasgow 10 days ago.

The South African lock will continue to be monitored by the medical team this week which will also be the case for academy lock Sean O’Connor, another neck casualty in that game at Scotstoun.

Director of Rugby Rassie Erasmus, who attended the European Champions Cup launch in Dublin on Monday, alongside captain Peter O’Mahony, confirmed that Keith Earls could be in the mix for this weekend’s Round 6 derby game against Leinster at the Aviva Stadium, 2pm. Earls has yet to feature for Munster this season.

Similarly, Jack O’Donoghue is available for the trip to Dublin after completing his return to play protocols.

James Cronin is reported to be ‘not quite there yet’ after the knee niggle he sustained against Ospreys.