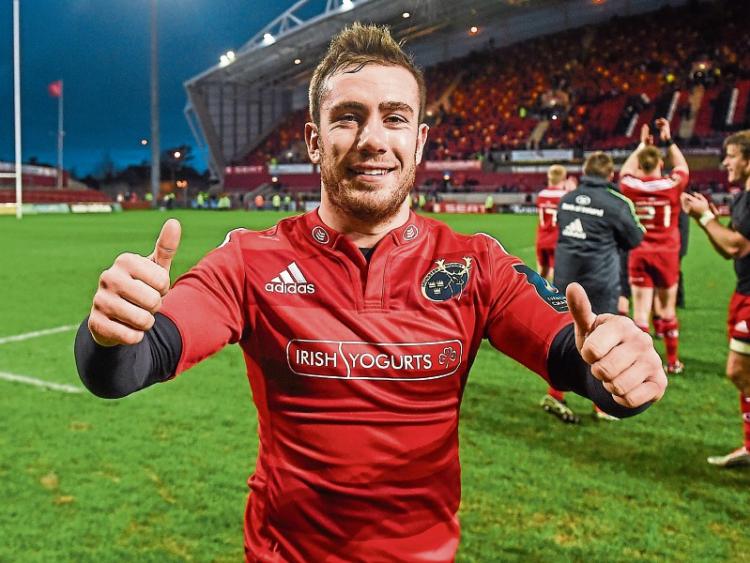 MUNSTER’S JJ Hanrahan made his comeback from injury in UL-Bohemian’s Ulster Bank League Division 1B fixture with Naas on Saturday.

Hanrahan, who rejoined Munster this summer from Northampton Saints, had been sidelined with a shoulder injury.

However, the out-half resumed full training last week and lined out for his club UL-Bohs in their defeat to Johne Murphy’s Naas at Forenaughts on Saturday.

Twenty five-year-old Hanrahan kicked a penalty goal in the opening half of the 28-13 Red, Red Robins defeat. He is expected to be involved in the Munster squad for Saturday’s Guinness PRO14 clash with the Cardiff Blues at Thomond Park, 1.30pm.

Munster are sure to be still smarting from the thumping suffered at the hands of Glasgow Warriors in Scotstoun on Friday night.

Meanwhile, Munster hooker Mike Sherry scored a try for Garryowen in their impressive 29-17 bonus point win over Buccaneers in Division 1A of the Ulster Bank League at Dooradoyle.

Centre Sam Arnold, who returned to full training with Munster last week after a calf injury also featured in that win for the ‘Light Blues.’