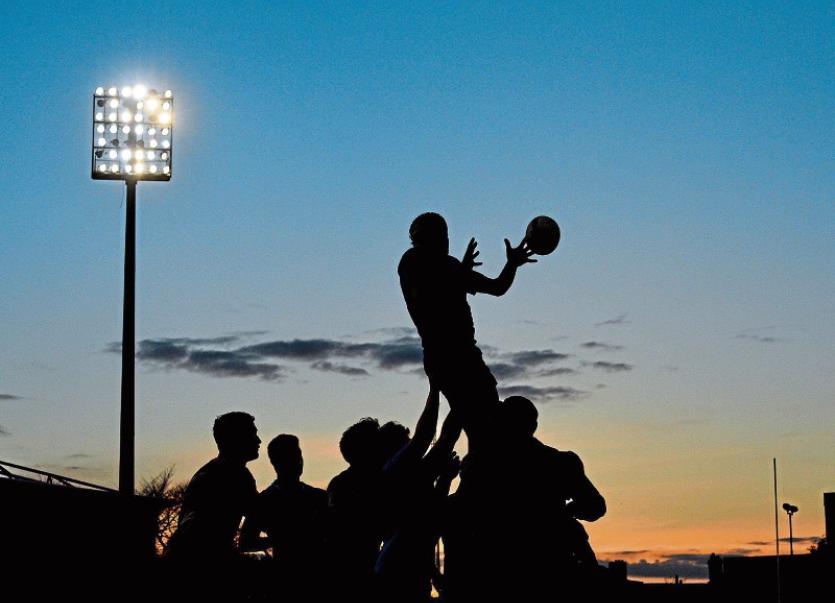 SHANNON, in Division 1B, and Old Crescent in Division 2B, recorded the only Limerick wins on a disappointing opening day for local sides in the Ulster Bank League.

In Division 1A, Young Munster suffered a surprise 39-20 defeat to UCD at Tom Clifford park, while Garryowen succumbed on a 13-7 scoreline to St Mary’s College at Templeville Road.

Munsters’ trailed 7-13 at half-time on a wet afternoon at Greenfields despite taking the lead in the 17th minute when Peter Meyer’s try was converted by Paul Downes.

Munsters’ rallied at the start of the second half and a Ger Slattery try and Downes penalty saw the home side into a 15-13 lead.

The complexion of the game changed utterly soon after when four UCD tries, including one from Limerick scrum-half Jamie Glynn, had the students 39-15 to the good.

Munsters’ did manage a late try from Mark O’Mara off a well-executed maul.

Meanwhile, Garryowen led their hosts St Mary’s 7-3 at half-time in Dublin after the ‘light blues’ were awarded a first half penalty try.

However, while the Dooradoyle failed to score in the second half. Mary’s added 10 unanswered points. Garryowen, who introduced Munster hooker Mike Sherry as a second half replacement, had to be satisfied with taking a losing bonus point.

Shannon made a winning start in Division 1B as Tom Hayes charges secured a 20-16 win away to UCC.

Conor Fitzgerald kicked two first half penalties to have Shannon level 6-6 with UCC at half-time.

A 61st minute penalty try helped Shannon regain the lead at 13-9, while the winners also added a second try from Tony Cusack on 78 minutes proved crucial in the Parish side’s win.

UL-Bohs, who narrowly missed out on promotion last season, opened their campaign with a 201-3 defeat to promoted Banbridge at the UL 4G rugby pitch.

UL-Bohs led 13-6 at half-time with a Colin Ryan try after five minutes and eight points from the boot of Robbie Bourke.

While the Red, Red Robins failed to score in the second half, Banbridge added 13 unanswered points, including the match-winning try from Tom Caesar with the last play of the game.

Scrum-half Ian Porter, who has played PRO12 rugby for both Ulster and Connacht, added the conversion.

In Division 2B, Old Crescent made a successful long journey to Ulster in securing a hard-earned 22-21 win against Rainey Old Boys.

Crescent, who led 14-9 at half-time, had tries from Cathal O’Reilly, Sean Monaghan and Shane Mullally while Ronan McKenna kicked a penalty goal and two conversions.

In Division 2C, Bruff fell to a frustrating 13-14 defeat to Omagh at Kilballyowen Park.

Bruff trailed 10-11 at half-time with the Limerick side managing a try through Paidi Kilcoyne.

Bruff led 13-11 after 65 minutes. However, the Ulster side secured the win thanks to a 67th minute penalty goal.

Elsewhere, in 2C, Thomond were also edged out by a point, 12-13 to Sligo at Liam Fitzgerald Park. The Limerick side led 7-0 at half-time with Darragh O’Neill’s 12th minute try converted by Evan Cusack.

However, 13 unanswered points in the second half helped the visitors into a 13-7 lead before a late Thomond try gave the home side the chance of snatching victory only for the conversion attempt to slide wide.