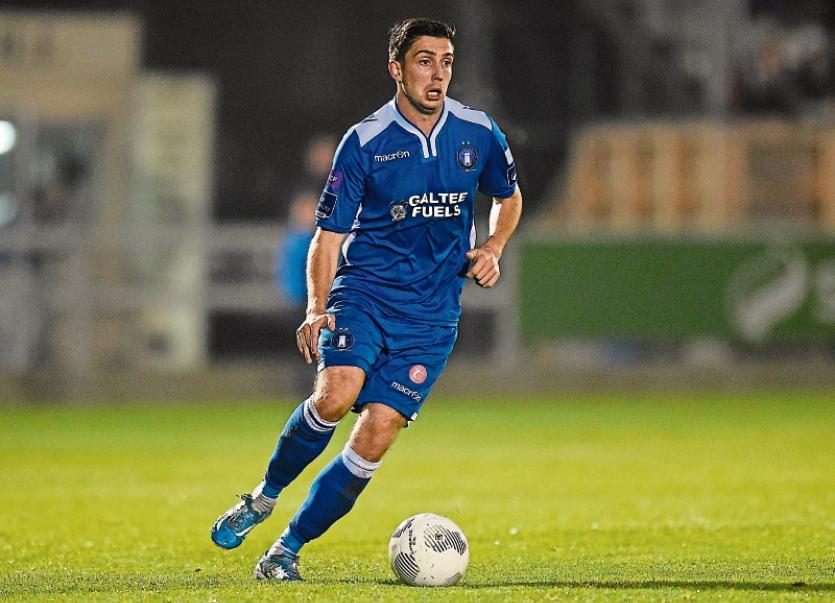 Speculation over 28-year-old Kelly’s future ended this week when the talented full-back committed to Ballynanty.

The full-back is in line to make his debut for Balla’ against Janesboro in the Munster Junior Cup at Jackman Park on Sunday, 10.30am.

Tweeting news of Kelly’s arrival, Ballynanty Rovers tweeted: “We at @BallynantyRvrs are delighted to announce the signing of Shaun Kelly. Welcome to Balla Shaun.”

Donegal native Kelly, along with team mates Robbie Williams and Paul O’Conor was placed on the transfer list by Limerick FC in July.

While Williams and O’Conor moved on to other League of Ireland clubs, Kelly indicated that he was excited to ‘start a new career working and playing a bit of ball on the side too sometimes!”

Kelly had returned to Limerick in the summer transfer window of 2015 having first joined the club at the same stage four years earlier.

He previously played with Heart of Midlothian in Scotland and in the League of Ireland with Dundalk and Galway United. In 2014, he moved to Derry City for a 12-month spell.

The full-back made his 100th competitive appearance for Limerick against Cabinteely at the Markets Field in April 2016.