Rassie Erasmus says Munster have plenty to work on 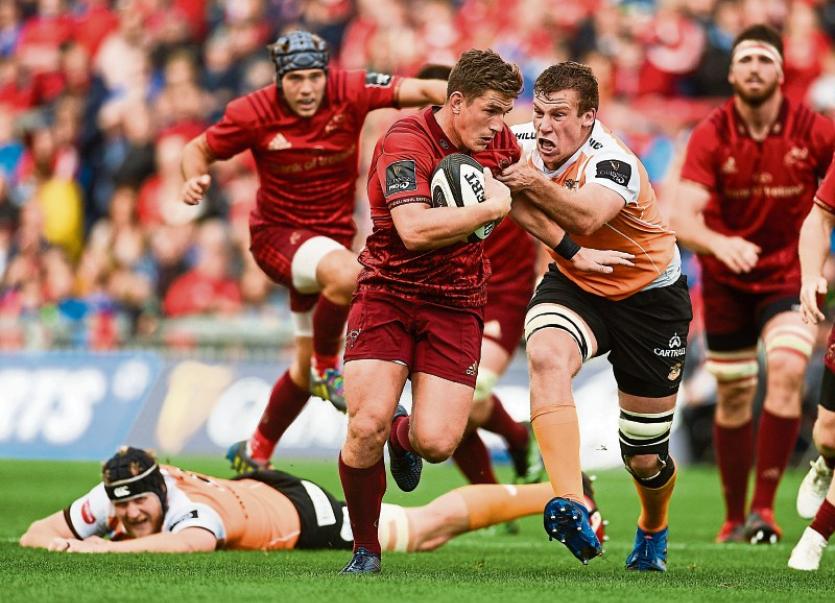 MUNSTER Director of Rugby Rassie Erasmus says the province has plenty to work on despite scoring eight tries in a 51-18 thumping of a lacklustre Cheetahs side at Thomond Park.

Munster moved top of Conference A in the new-look Guinness PRO14 after scoring a bonus point victory for a second successive weekend.

Twenty three year old winger Alex Wootton grabbed the headlines in helping himself to four tries on the night.

Afterwards Erasmus said: “The scoreline says that (Munster were in total control), but at the same time there were a few lapses just after half-time in defence.

“The scrum went worse in the second-half when we had our experienced guys on. There is lots to think about and then there is young guys putting up their hands in certain positions.

“A guy like Alex Wootton, Liam O’Connor in the front-row. Rhys Marshall is not young but he is competing well with Niall Scannell, the same with Stephen Archer.

“It’s nice healthy competition and that will make us think closely to how we are going to manage the guys. We are building some depth in there Rory Scannell coming back. The scoreboard says it’s good,  but we have got a lot of work to do.

“We saw last year that although Scarlets lost their first three games they smashed us in the final. The most important thing, which I learned last year, is it’s 47 weeks and it’s very far from May next year.

“Saying that it’s about managing players and returning international players, keeping players fresh, building it up, always building squad depth is one of things we are always trying to do, while I am not trying to lose games.

“It’s nice to have ten points but the reality check will always come all of a sudden if you think you are pretty good now which we are far off.”

Munster face what is sure to be a stiffer test against the Ospreys in Round 3 of the PRO14 at the Liberty Stadium on Saturday next, 3.15pm (Live on TG4 and Sky Sports).