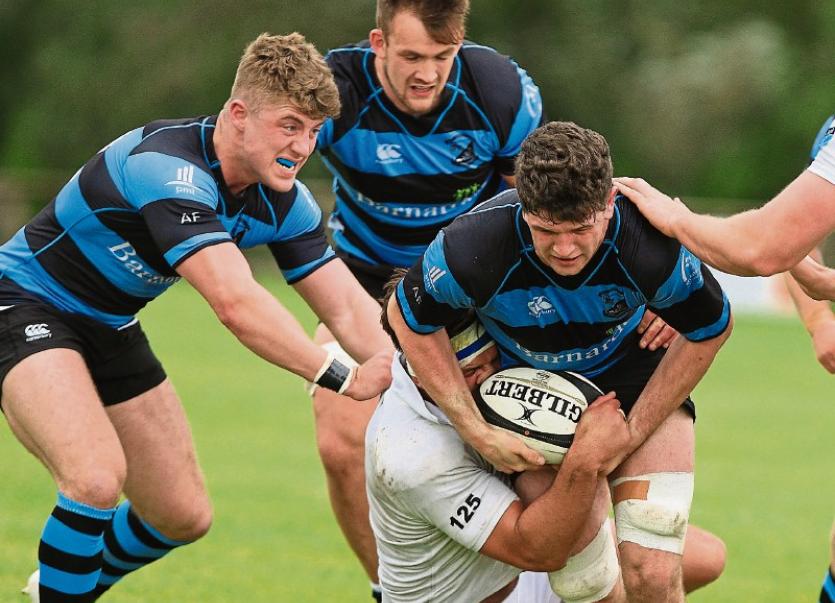 LIMERICK will provide three of the four semi-finalists in this season’s Bank of Ireland Munster Senior Cup, following confirmation of the quarter-final line-up on Saturday.

All-Ireland League Division 1A heavyweights Garryowen and Young Munster will face-off at Dooradoyle on Saturday, October 21 in the pick of the quarter-final ties.

In the second all-Limerick quarter-final, Old Crescent will host UL-Bohemian at Rosbrien on the same day.

Bruff are also guaranteed a place in the semi-final as their first round win over Sunday’s Well at Kilballyowen Park on Friday night guaranteed the South Limerick side a bye into the last four of the Cup.

In the remaining quarter-final, six-in-a-row-seeking Cork Constitution will travel to UCC.

Young Munster recovered from a 7-0 half-time deficit at Greenfields on Saturday defeat Highfield 20-7 in their Munster Senior Cup first round clash.

Garryowen advanced to the quarter-finals without kicking a ball as Dolphin withdrew from the competition.

The winners of the mouth-watering Garryowen/Young Munster quarter-final will take on either holders Cork Con or UCC in the semi-finals on December 16.

Old Crescent advanced to the quarter-finals with a convincing 45-25 victory in Midleton as the Rosbrien side racked up seven tries.

A highly spirited Shannon display wasn’t enough for Tom Hayes’ charges to dethrone Cork Con at Coonagh. The Temple Hill side, recovered from a 9-3 half-time deficit to win 20-12.

Shannon’s points came courtesy of four penalty goals from the boot of Conor Fitzgerald. However, substitute Tomas Quinlan came off the bench to score a penalty, try and conversion in the last ten minutes and edge the Cork side to victory.

Bruff will face the winners of the all-Limerick Old Crescent v UL-Bohs tie in the semi-finals after their 24-0 win over Highfield at Kilballyowen Park on Friday night.

Bruff scored three tries through Tony Cahill and Odhran Ring, while the South Limerick side was also awarded a penalty try. Dave O’Grady added 9 points with the boot, through a penalty goal and three conversions.

(Bruff receive bye into the semi-finals)