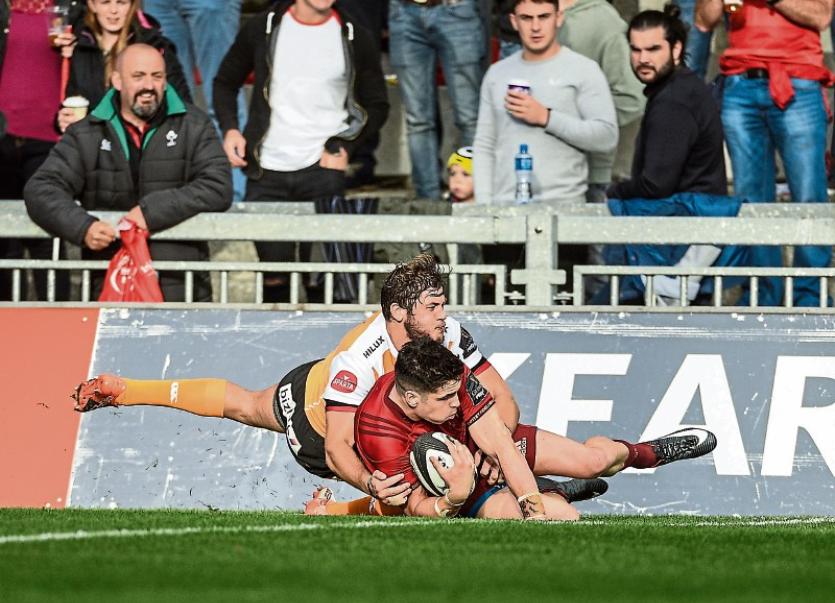 Munster ran in eight tries in all to bring their tally to 14 for their opening two PRO14 fixtures which have yielded two bonus point wins.

Man of the Match Wottoon became the first Munster player since Mike Mullins in 2001 to score four tries in a PRO14 fixture as the home side eased to victory.

Twenty three-year-old Wootton touched down twice in the opening half to help Munster into a significant 22-6 interval lead. Flanker Tommy O’Donnell had powered over for the home side’s opening try after just six minutes.

When second-row Jean Kleyn touched down – his third try in two PRO14 games – Munster had the try bonus point in safe keeping.

Further tries from centre Chris Farrell and substitute Simon Zebo to go with the second half brace from Man of the Match Wootton sealed a facile win for Munster before an official attendance of 15,144.