Martin Kiely - Limerick's hopes in their own hands 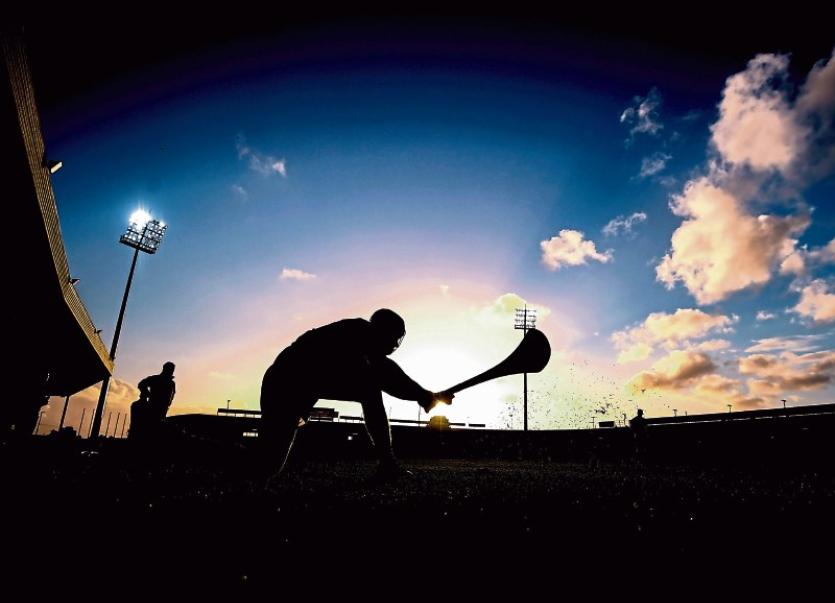 Limerick have destiny in their own hands

The last of the All Ireland hurling titles will be handed out in Thurles next Saturday evening when Limerick face Kilkenny in the U21 All Ireland final.

This is a huge game for Limerick GAA. The underage teams have carried the ambitions over the past few years and they are now just one step away from glory.

Limerick won this title two years ago and they are hot favourites to have the better of Kilkenny. This is a win Limerick GAA badly needs. Morale is low around the county and much of this is coming from the fact that the senior hurlers have made no real progress over the past few years. The hope is that this group of players can not only win on Saturday but that some of them will go on to provide the back bone of future senior teams.

Limerick have slipped badly at senior level but many young players are showing promise. If they win against Kilkenny then the demand for improvement and development at senior level will get louder. Playing Kilkenny in an All Ireland final is never easy and while I expect Limerick to have the better of them I feel Kilkenny will not be easily beaten.

Eddie Brennan is the Kilkenny manager, he will have his homework done on Limerick and be assured they will battle to the end in Thurles. As a county, U21 titles have never really excited them too much. They don’t rush players and in many cases when they come into the senior set up they have most of their education needs completed.

If a player has college sorted and is about to enter the work space he is in a good place as far as hurling is concerned. Kilkenny have dominated hurling over the ten years or so. They have set records that will most likely never be equalled.

Brian Cody got so much from his players and they had such respect for him. It was only natural that the well would run dry at some stage and now Kilkenny are in the hunt for new players. Some people will tell you that Eddie Brennan is the man most likely to take over from Cody and if he wins on Saturday his chances will have increased greatly. I don’t think Brian Cody is going just yet but Kilkenny are thinking ahead.

Limerick have been favourites before a ball was hit in this championship and with the group of players they have it would be a major up set if they lost this final. Many of the Limerick players have pushed on since losing the minor final to Kilkenny in 2014 whereas very few have come into the Kilkenny senior panel.

On paper Limerick have the better team, they have key men in vital positions and this has been the foundation of their success so far. What we have seen from Limerick is that they are able to respond when trouble comes their way. They have hurled well in the closing stages of games and this was best seen against Galway in the semi final.

Another aspect from that game was how the subs that were introduced made a telling impact. They made a fine contribution when Galway looked like they could win it. It will take twenty players to win this game in Thurles, that is the way games are gone now. It’s about giving your all now and then letting the next man at it. Kilkenny had a huge win over Derry in the other semi final but that counts for little as Kilkenny didn’t use many of their first choice players in that game. They struggled for a while against Westmeath in the opening round of the Leinster championship but they have made steady progress since that game. Wexford dominated this grade in Leinster for the past few years but Kilkenny gave them a thirteen point beating in the final.

Players like Sean Morrissey, Luke Scanlon, Richie Leahy, Alan Murphy, Pat Lyng and Liam Blanchfield have been very prominent for Kilkenny and I would expect them to do likewise on Saturday.

I have said a few times that the standard of hurling in this years U21 championship is not as good as other years but everyone is hoping for a good final. When I look at the Kilkenny team as a unit I feel Limerick are just better overall. They have strength in many key areas and most of all I think they have better forwards. Now, if Limerick have worked hard in training I can’t see them beaten. They have the quality and it would be very disappointing if they fail to grasp this title.

All Ireland finals take on a life of their own, what happened before means nothing. The occasion plays with players minds and any fracture in this will be quickly noted by the opposing team.

When you look over the Limerick team, players like, Joy, Hayes, Ryan, Gillane, Cian Lynch, Casey and Nash bring a lot to the table. Some players have struggled to find form but lets hope it comes to them against Kilkenny.

One player that has progressed really well this year is Barry Murphy, the Doon club man has a fair bit of craft, I said before he makes the hard look simple and that is always a good sign. Tom Morrissey will know himself that his form is not as he would like but if he is played at full forward he will get goals.

Since 2013, Limerick have won 2 Munster minor titles, 2 Munster U21 titles and 1 All Ireland U21 title. I expect them to add to that in Thurles next weekend and by any standards that must surely be a foundation to build a senior team from.

It was with great sadness that I heard the death of Marie Herbert last weekend. Maire was the wife of Sean Og Herbert who has given such service to Ahane and Limerick GAA. From Kilkenny she would have loved to be in Thurles next Saturday. I met her many times and in most cases it was on the eve of the hurling finals. She was so passionate about hurling and knew every detail. To Sean, his daughters Orla and Fiona I offer my sincere sympathy. A minutes silence in her honour would be the perfect way to remember a lady that followed Kilkenny and Limerick with such pride.

Croagh GAA club will host a most unusual game of hurling next Sunday when Limerick politicians take on the Limerick All Stars. This should be interesting to say the least but it’s all in a good cause. The proceeds will go towards the Lourdes fund. The game starts at 12pm.