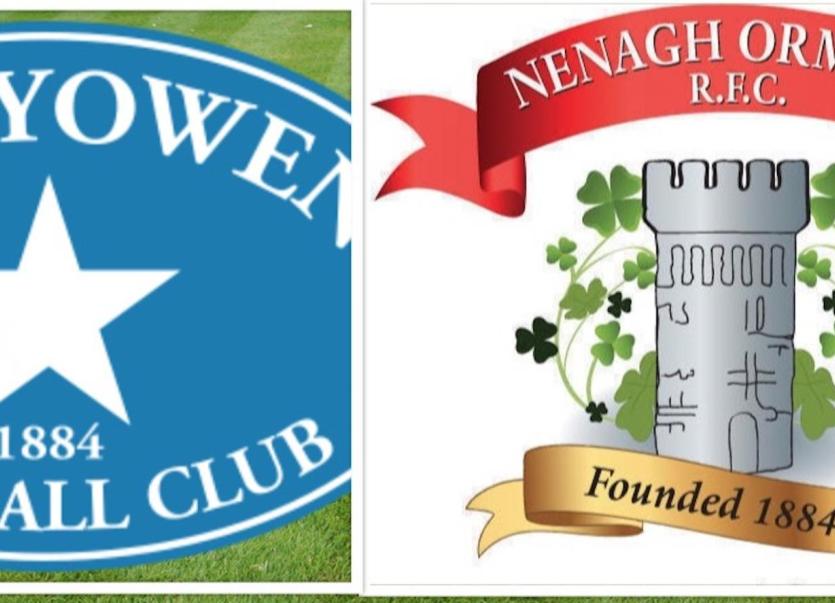 GARRYOWEN and Nenagh Ormond will meet in the final of the Limerick  Charity Cup after the week-end semi-finals resulted in wins over Old Crescent and UL Bohemian respectively.

Garryowen 33, Old Crescent 19
OLD Crescent started this cup game last Friday night in Dooradoyle in explosive fashion and scored a fine try within two minutes. Fielding the Garryowen kick-off, they built an attack patiently from outside their own 22, Larry Hanley finishing off a slick passing move with a touchdown under the posts at the other end of the field and Ronan McKenna adding the two points.

Three minutes later the sides were level, Garryowen using the strength of their pack to get good field position close to the line and Aaron McCloskey marking his return to this venue with a try that Neil Cronin duly converted to make it 7-7 after just five minutes. Old Crescent continued to threaten when they got ball in hand and they regained the lead on 27minutes, full-back Shane Mullally taking an inside pass to score and McKenna’s conversion restoring their seven point lead. There were two more tries before the end of this highly entertaining half.

A series of Garryowen scrums close to the Crescent line was rewarded with a penalty try nine minutes before the break to level it again at 14-14 and in injury time home scrum half Cronin darted over from a few metres out and kicked the conversion to give his side a 21-14 advantage going into the second half.

The high intensity of this local derby continued in the second half with a yellow and a red card flashed by referee Imbusch.. Garryowen increased their lead to 26-14 when left wing Liam Barrett got in at the corner after good approach work by Sean Rennisson and two minutes later Garryowen sealed their place in the final when their other wing Diarmuid McCarthy touched down for try number five, expertly converted by Neil Cronin.

Old Crescent got a third try in the final phase. Again they ran the ball from deep and replacement wing Cathal Monaghan finished off the move in the corner to complete this eight try feast.

Nenagh Ormond 20, UL Bohemian 17
PLAYED in New Ormond Park on Saturday, Nenagh took a second 1B scalp in eight days on their own patch with this victory over UL Bohemian. The win puts them into their first Limerick Charity Cup final where they will meet Garryowen. Having beaten Shannon in the previous round at the same venue, the Tipperary side started in determined fashion and they went 5-0 in front on ten minutes, full-back David Gleeson getting in for the first try of the game.

It was against the run of play, the home backs breaking away after sustained UL Bohemian
pressure close to their line. Nenagh increased their lead to12-0 three minutes before the break. Attacking from broken play, outside centre Ger O’Gorman got over and Derek Corcoran found the target with the conversion. Bohs needed the first score of the second half and it came on 43 minutes, Colin Ryan kicking a penalty, and at 12-3 the Limerick side was back in the game.

They threatened the Nenagh line with 60 minutes played but an interception ten metres from his own line saw Kevin O’Gorman run the length of the field for the home side’s third try as they jumped into a 17-3 lead.

UL Bohemian battled back once again with a try from right winger Finbarr Aherne, converted by Dave Neville to make it 17-10 before a mighty penalty kick from replacement Jack Molomphy split the posts to edge Nenagh into a 20-10 lead with ten minutes remaining. Showing great resilience Bohs scored again, this time Harry Fleming getting over. Dave Neville was accurate with the conversion to leave just three points between the sides but Nenagh held out for a creditable
20-17 victory. These two teams are due to meet again at the same venue next week-end,
this time in the Bank of Ireland Munster Senior Cup.