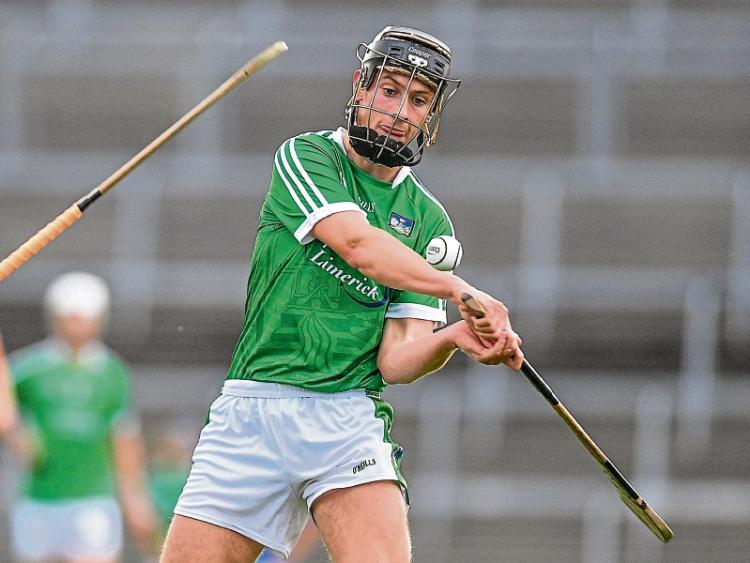 Barry Murphy returns to centre forward for the Limerick u21s

THERE is one change to the Limerick U-21 hurling team for Saturday’s All Ireland semi final with Galway.

Into the team that beat Cork in the Munster final is Barry Murphy. The Doon man replaces Mikey Mackey at centre forward in a reversal of their switch for the provincial decider.

Limerick have used 23 players in their defeats of Cork, Clare and Tipperary.

In a change to the substitutes, Seamus Flanagan is named in the matchday panel. He is one of 14 from the 2015 All Ireland U-21 winning panel still involved but yet to see action this campaign.

1/6 hot favourites, Limerick managed by Pat Donnelly with selectors Maurice O’Brien, Mikey Kiely and Brian Foley, are bidding to reach a Saturday September 9 final against Kilkenny or Derry in Thurles.

Limerick and Galway met three years ago in the 2014 All Ireland MHC semi final in Croke Park. Limerick were 1-27 to 2-9 winners.

Dan Joy, Kyle Hayes and Aaron Gillane are in the U-21 team but weren’t involved when the sides met three years ago at minor level.

Saturday’s U-21 semi final against Galway has a 6.00 start in Thurles and is live on TG4.